Actress Rekha Thapa has accused director Shyam Bhattarai of not knowing anything about film direction. She also says that he doesn’t have any idea of film making. She accused, “His knowledge of film direction is less than that of spot-boys.”

But, in contrast to her saying, Rekha Thapa had won Best Actress award in D Cine Award for the the role she did in Shyam Bhattarai’s movie ‘Lanka’.

‘Himmatwali’ is the third movie Rekha has worked with Shyam. Both of his film with Rekha – ‘Lanka’ and ‘Challenge’ were successful. Apart from that Shyam had also directed other movies like ‘Gahana’, ‘Maryada’, ‘Mausam’ etd. If he were incompetent, Rekha shouldn’t have signed him in in the first place. 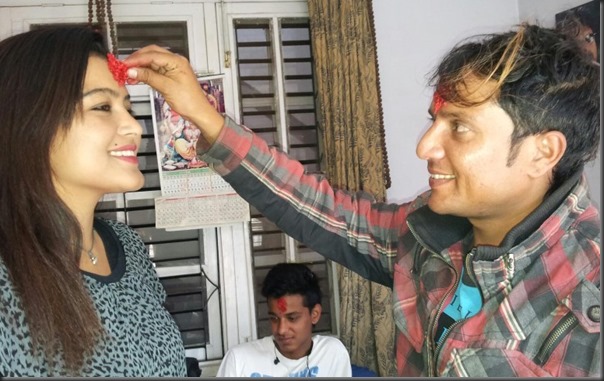 Shyam Bhattarai has told that Rekha has made false accusations and challenged to provide proof of such wrong doings. He had released a press statement accusing Rekha Thapa of interfering him in work.