The producer, director and the crew members of the movie ‘Damdar’ were sad when actress Rekha Thapa didn’t show up without any clarification. The actress is finishing up her upcoming movie ‘Himmatwali’ in which she is also a director. The audio of ‘Damdar’ was released in the press meet held on March 30. 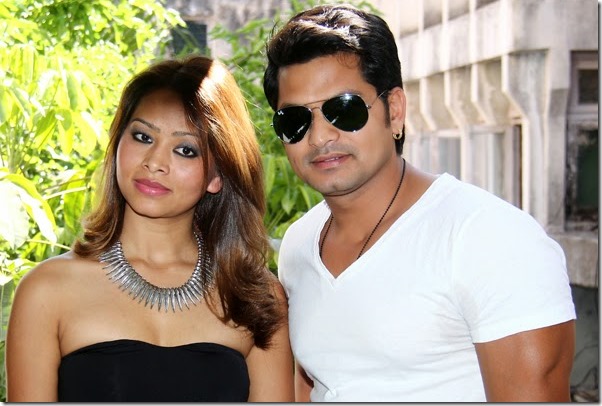 The producer Suman Bista says, "Rekha had promised to come but, didn’t come." It is the first time Suman has invested money in a movie. The actor Sabin Shrestha and actress Archana Dellala was present in the ceremony. The director Kamal Krishna also wasn’t happy on the absence of Rekha. Archana is an item dancer in the movie.

The movie made on the insider’s story of Nepal police actors Sabin Shrestha, Rekha Thapa, Kamal Krishna, and Basu Pudasaini are the main main actors. Chandra Prasad Gautam is the executive producer of the movie, Roshan Shrestha is the choreographer and Chandra Panta is the fight director. The choreographer is Saurav Lama, editing of Shreeram Mahat and the script is written by Nawaraj.