The affair between actress Rekha Thapa and the actor of ‘Himmatwali’, Sudarshan Gautam was revealed when Rekha chartered a helicopter to attend a program. Rekha and Sudarshan expressed their love in Facebook posts. In the post the actress addressed Sudarshan by ‘Sudhu’ and Sudarshan called Rekha ‘Kanchu’. 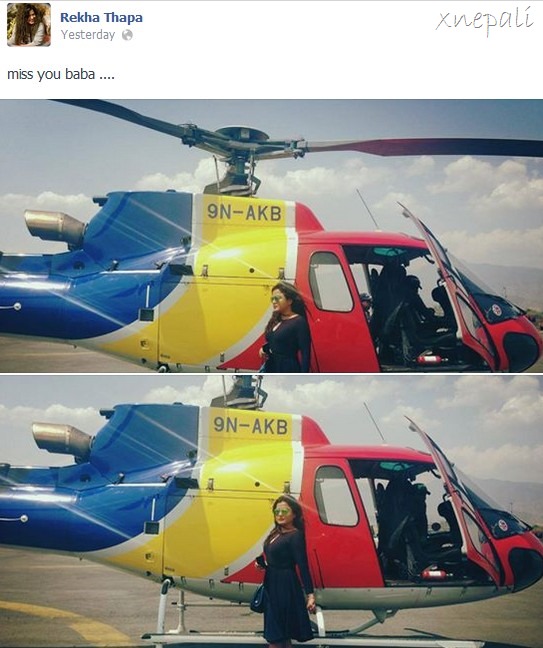 Commenting to a photo of Rekha beside the helicopter Sudarshan said, “Such a very hard to spend a minute without you. I am really sorry to send you far. Miss you so much.” Rekha’s responded by saying, “Thank you. Love you a lot. Take care.”

The conversation looked much like teenagers who have just realized that they love each others. It was more like a private chat than a public Facebook posting.

In Facebook message, Rekha even scolded Sudarshan and wrote, “I love you Sudhu.” Sudarshan’s reply, “I will meet you Kanchu. I will be waiting for you at the airport. Love you so much, muwaaa….”

Sudarshan, whose both arms were amputated in childhood, debuted as an actor in Rekha Thapa’s upcoming movie after investing in it. Ex-director of the movie had previously told about the affair and now, it has become public. 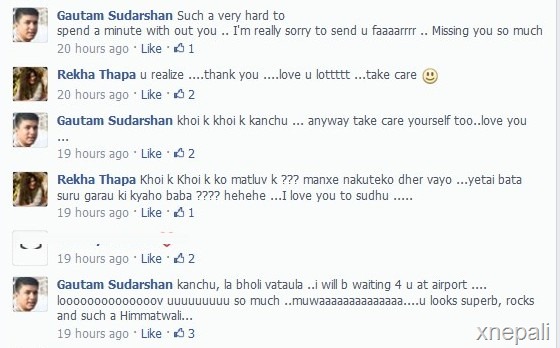