The bold Bollywood actress/model, Sherlyn Chopra, is usually surrounded by controversies. In a recent news, Sherlyn was banned from the micro blogging site Twitter. It is told that Sherlyn Chopra has been banned from posting her images on Twitter.

It was in May that Sherlyn made news when she posted black-and-white photos of hers, sans clothes, in Twitter (@SherlynChopra). The media portrayed her as the first Bollywood babe to bare it all in front of camera,  and the first to make it public too.

The photo was taken by her friend Vishal Saxena in which Sherlyn wrote the description: “My best friend shot this pic last week. Itz a raw file. I personally feel it needs no air-brushing.”

You ask me to upload pics.How can I do that when twitpic has denied me the access to do so.

In an unrelated notes, she also expresses her crush on Argentina striker Messi:

It was a great treat to watch Argentina in action last nite.Guess what,I have a crush on Messi!A warm hug to Messi’s fans.

Some time back, she was surprised to find her photos gone:

Where has my pic disappeared!!! This is strange! Can Twitter kindly let me know where my pics are? Is there a censor board on Twitter???

Later Sherlyn updated, “Twitter has banned me from uploading pics…My Team is trying 2 get in touch with Twitter to sort out the matter.” 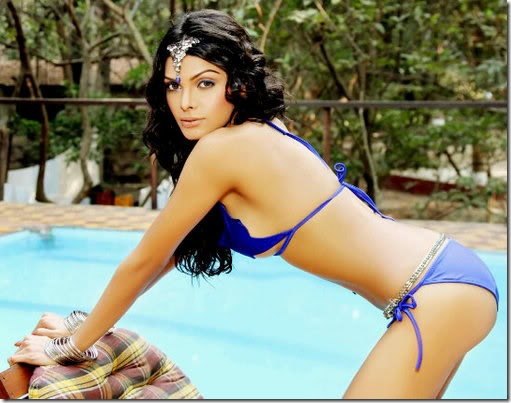 Chopra has also suggested that she will quit the social networking website if the problem doesn’t get resolved soon.

I would prefer her to stay in Twitter for long. It is fun following her in the micro blogging site! A latest witty post before I finish this post.

Someone asked if I’m a virgin.The answer is-My soul is a virgin.

Keep the spirit up girl!

After extensive press coverage, the ban on Sherlyn Chopra from posting her photos in the micro-blogging site Twitter, is finally lifted. 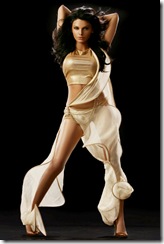 She posted the second photo after three and half hours titled:

For my tweethearts who missed my pics. 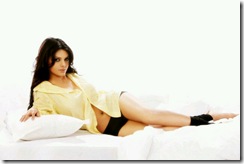 The sexy model/actress in Bollywood posted a photo of her’s (photo on left) titled:

For my desperate tweethearts

Be prepared for hot photos of the the bollywood sensation in the coming days. The 25,279 followers (at the time of this writing) should be thankful to the decision of the Twitter officials. 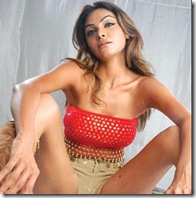 It seems controversy follows Sherlyn… or, it it the other way around?

Sherlyn Chopra was in Delhi on Thursday night (July 1) to unveil a magazine, starring her. She made another controversial news when she spent about 20 minutes in a men’s toilet and smoked there.

When Sherlyn showed up from a men’s toilet after 20 minutes, the journalists were there to ask the reasons for using men’s toilet instead of women’s toilet.

It was before the tussle with micro-blogging site, Twitter, about her nude photos could cool down, she was in a hurry to create some more news.