Miss Newa 2011, Sunita Dangol, had previously expressed her desire to fight for the Mayoral candidate of Kathmandu Municipality. Now, she has finalized her candidacy for the deputy post as the running mate of ex-mayor, Keshav Staphit. They are fighting for the post representing CPN (UML) and replacing Bidhya Shundar Shakya of the same party. 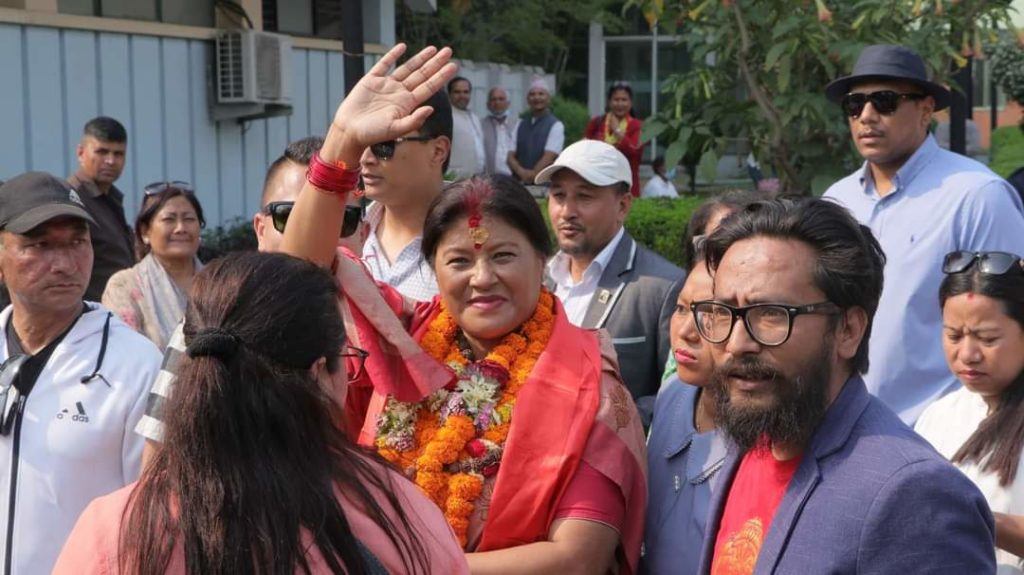 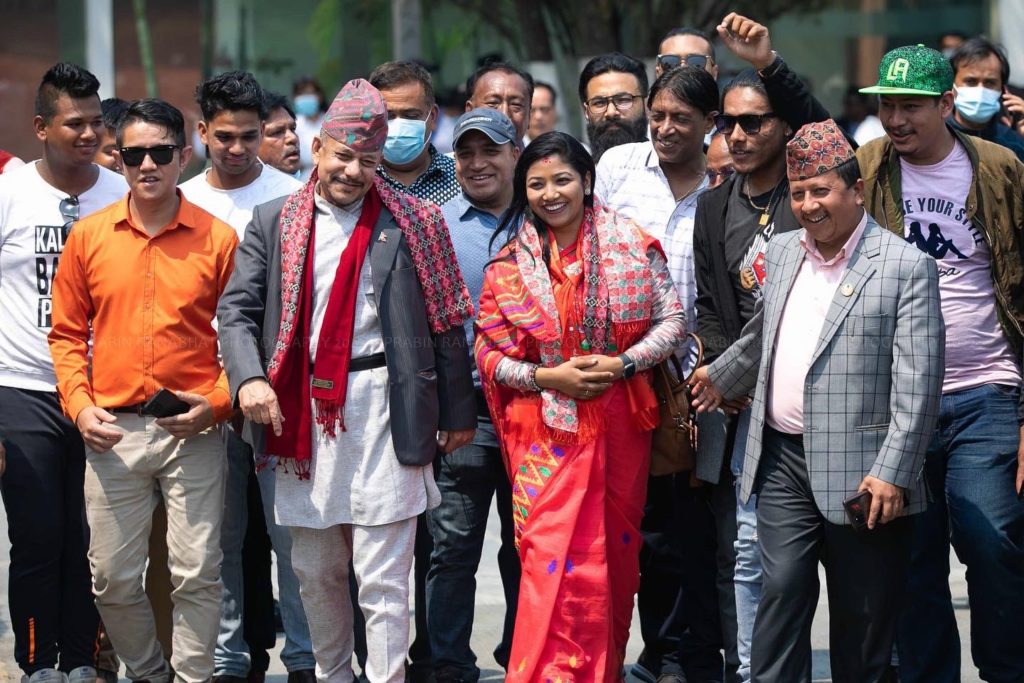 Nepali Congress has endorsed Sirjana Singh, the daughter-in-law of Ganeshman Singh and the wife of Prakash Man Singh.

Keshav Sthapit was previously elected mayor of Kathmandu. He had won the election in 2054.

– In 2054 Sthapit got 84,000 votes to win the election
– But, in that same year when CPN (UML) was divided into two parts, Sthapit chose the divided faction (ML)
– When King Gyanendra took over in 2061, Sthapit welcomed King’s coup. He was selected by the king to lead the Kathmandu municipality at that time. He was also made the chairman of the Nepal Prajaparishad.
– in 2063, when the royal regime ended, Sthapit joined CPN Maoist. He used to call himself the “Mit” of Prachanda
– Later, he returned back to CPN (UML)
– When he wasn’t given a ticket to run for the state election, he joined Samajwadi Party and won the election. The official candidate of Kathmandu-6 for CPN(UML) Yogesh Bhattarai, lost the election for the second time.
– But, Sthapit didn’t remain in Samajwadi party for long. He later returned back to UML.
– In the 2074 election he was the state parliament member and he was also one of the ministers of Bagmati Province. He however was removed after probelm with the chief minister Dormani Poudel.

On the other hand, the Nepali Congress candidate is a new personality. Despite of being a Newa and an woman, there are no previous works of Singh to evaluate her in the election. Being a family member of Ganesh Man Singh is a positive thing and being an woman while her opponent Keshav Sthapit has been accused by Meetoo activists.