In an event held in Kathmandu a new Nepali movie ‘Love Birds’ was announce on the Valentine Day, Feb 14, 2015. The movie to be directed by Suresh Darpan Pokharel is made on love and romance. The movie will feature Salon Basnet, Sanjog Koirala, Paul Shah and Barsha Raut in main roles. Barsha Raut and Paul Shah are debuting in the Nepali film industry in the movie. 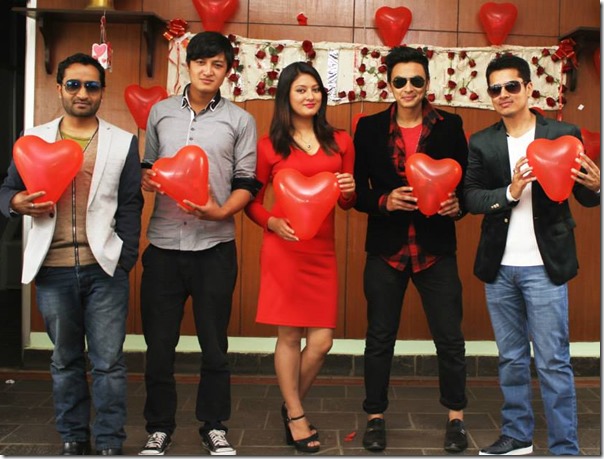 The movie ‘Love Birds’ to be produced by journalist Shanti Priya is made under Parichaya Nepal banner. The movie is told to be made on the love story of the young generation. The movie will feature all aspects of love relationship like love, revenge and life. Director Pokharel says that the movie is ‘larger than life’ project. The film makers also told that the Australia rights has already been sold even before the shooting of the film has started.