A movie produced by Sudarshan Thapa and Pooja Sharma features Pooja with Aakash. The couple is one of the most popular couples of the Nepali film industry.

The producers and director of hit film of the year, ‘Ma Yesto Geet Gauchhu’, Sudarshan Thapa and Pooja Sharma have announced a new movie. The moive titled ‘Ram Kahani’ has pushed back the production of the sequel of MYGG – ‘Ma Yesto Geet Gauchhu 2’. The movie to be produced jointly by Pooja and Sudarshan is going to the floor on Falgun 1 (February 13). 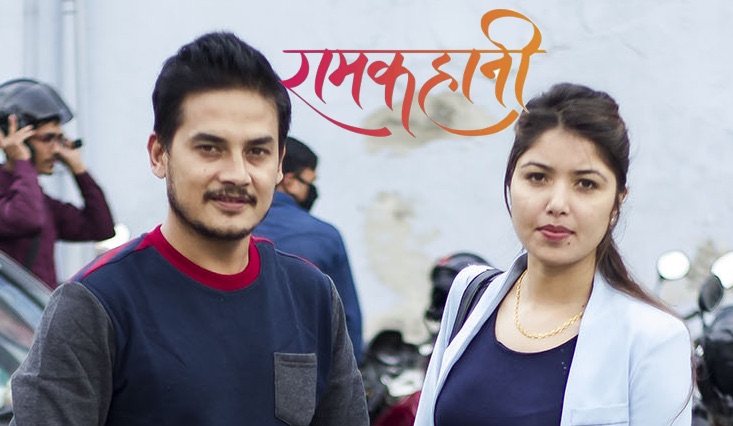 The director Thapa has told that the movie is being made on a comedy-love-story theme. The lead actor is yet to be finalized. The director of successful love story films like ‘Mero Euta Sathi Chha’, ‘Prem Geet’, Sudarshan Thapa has also written the story of the upcoming movie. A while ago Kedar Ghimire ‘Magne Budha’ was announced to be charging Rs. 10 lakh for his role in the movie – a huge sum of money for a comedy actor. Another comedy actor, Jitu Nepal, will also be paid Rs, 7 lakh for the role. The film will also feature Wilson Bikram Rai (Takkme Budha) and Rabindra Jha.
END_OF_DOCUMENT_TOKEN_TO_BE_REPLACED