A video report (All the videos discussed in the video are embedded below):

The dance of model and dancer Karishma Dhakal has rocked this year. The first in the list features Karishma’s dance. Another song, Maiti Ko Aangani also features Karishma Dhakal with Anjali Adhikari. Anjali Adhikari is also featured in Khuman Adhikari’s song (5th in the list). Actress Neeta Dhungana rocks in Bishnu Majhi’s song. The dancers in other songs are not worth mentioning.

Two more songs included in the video report are:

13th is Resham Sapkota, Purankala BC and Sita Shrestha’s – Bridhashram 2 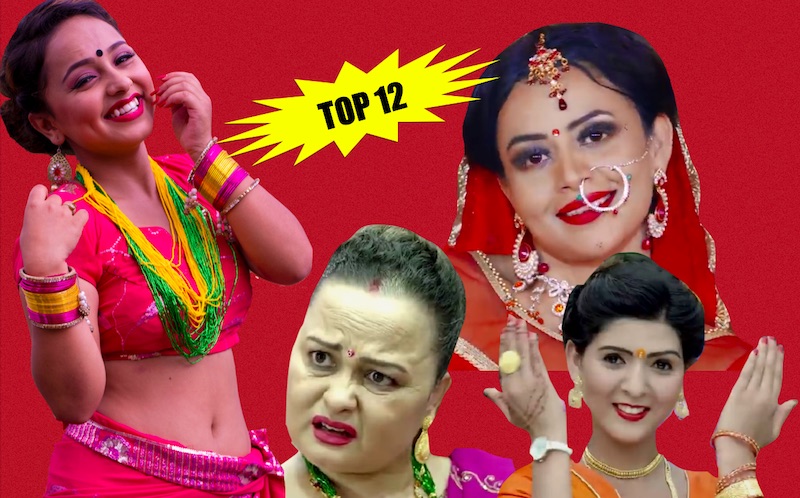