Today is Prithivi Jayanti, Ekata Diwas. Prithivi Narayan Shah is credited for the unification of Nepal at the time when the country was divided into smaller states. There are three types of people who:

Those who support believe it was Prithivi who saved Nepal from going under the British rule. He created an identity of Nepal and Nepali people.

Others don’t care because, Prithivi happened to be one of the stronger kings who could win other states. Other kings were also trying to do the same but they failed. It was Prithivi’s job to extend the boundary of his kingdom at that time. They believe he was doing his job and nothing more or less.

The third category people are against Prithivi because he killed a lot of people to win other states. His attack to Kathmandu valley is believed to be particularly brutal. He installed new language and system in the valley. The Newar culture and language became sub-standard to Nepali language.

All three types of people are right to some extent. I don’t want to go in details on who is more right.

I want to discuss – what is the real face of Prithivi. A video report first:

Here are some photos of the drawings of Prithivi. 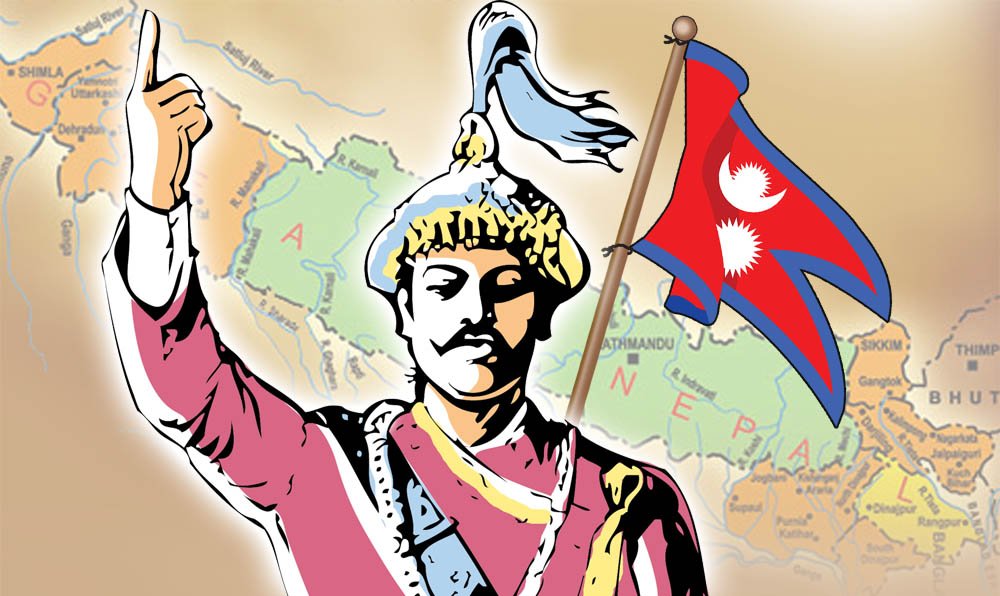 The following painting shows brutality Prithivi caused when he attacked the Kathmandu valley. 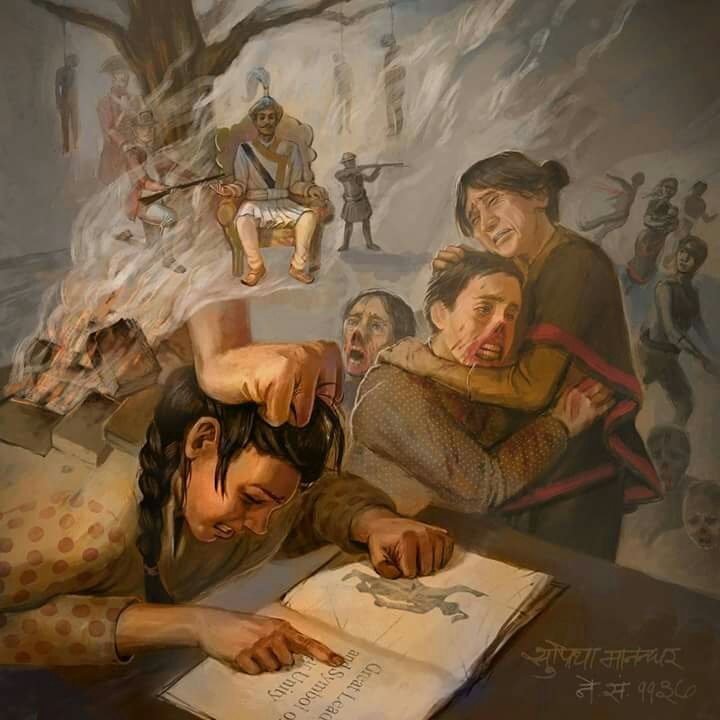 The painting below is much different from the one we see these days. 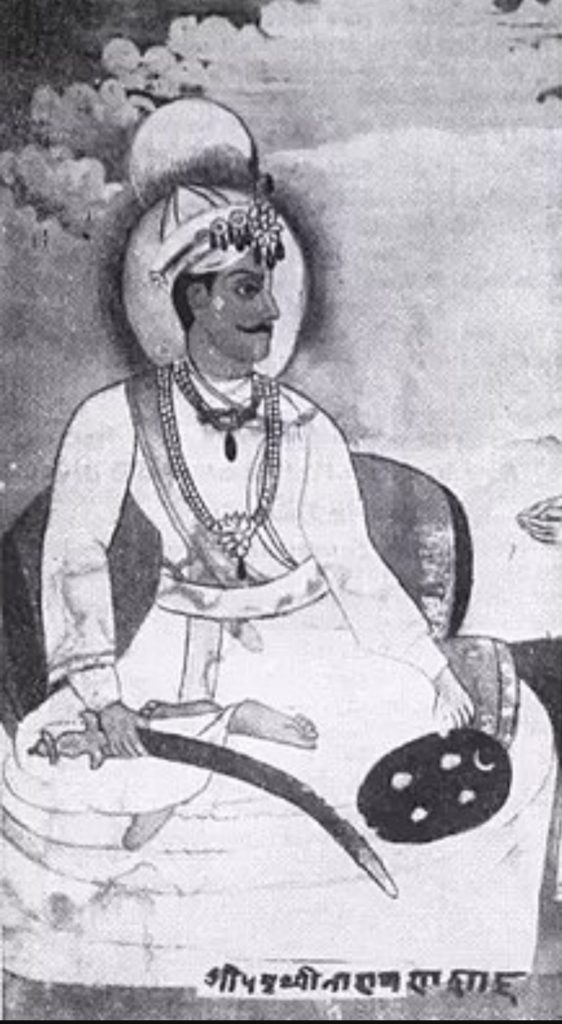 This painting seem to be far from truth and he doesn’t look like a Chhetriya at all. 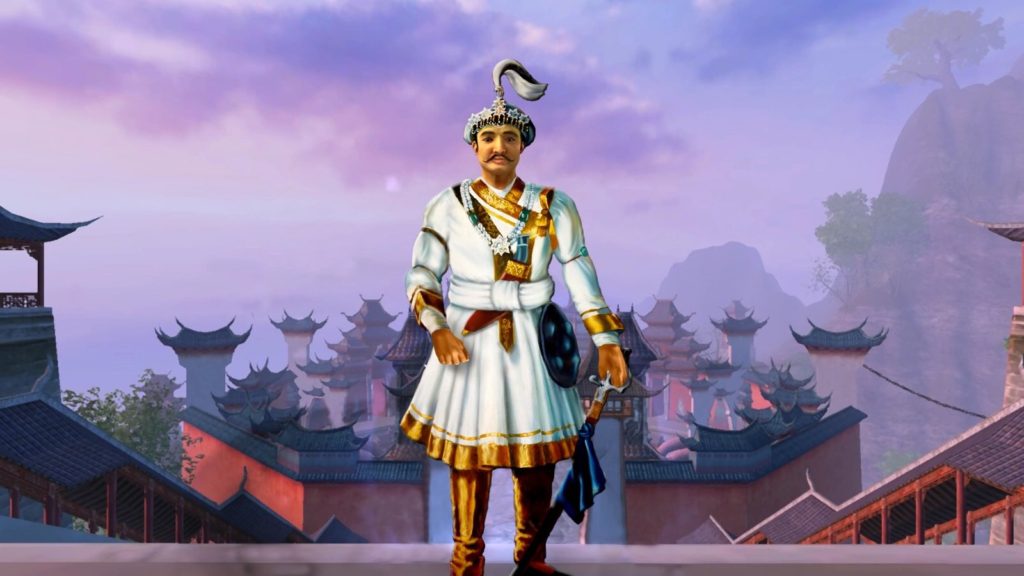 The following two are similar. The first is the official photo used to identify the king. 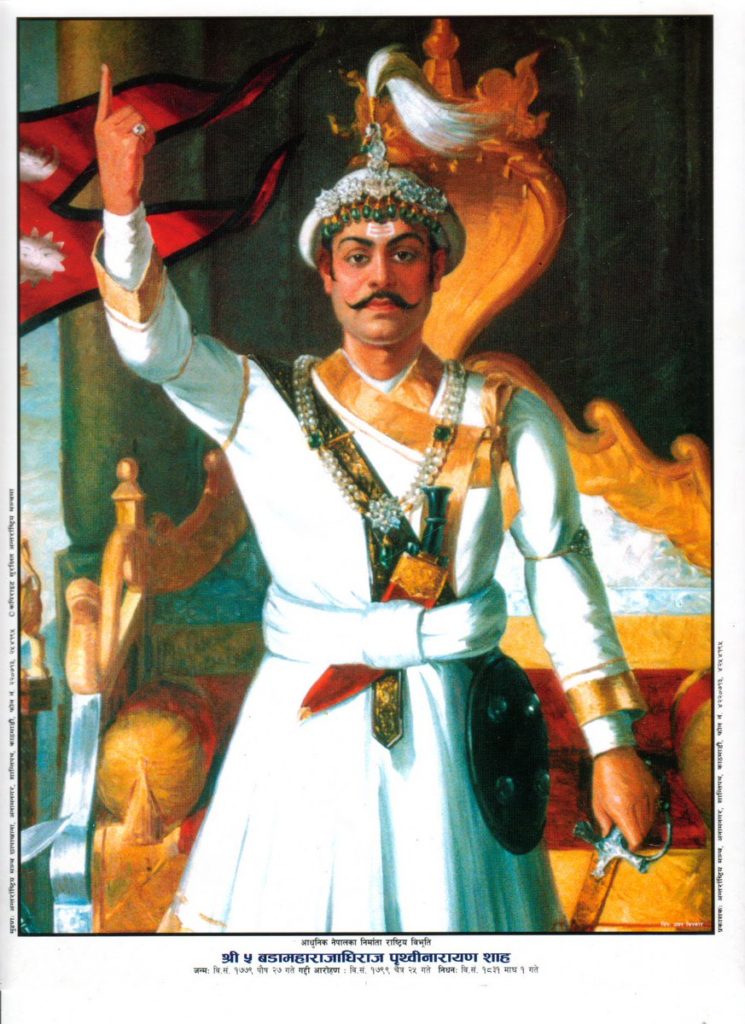 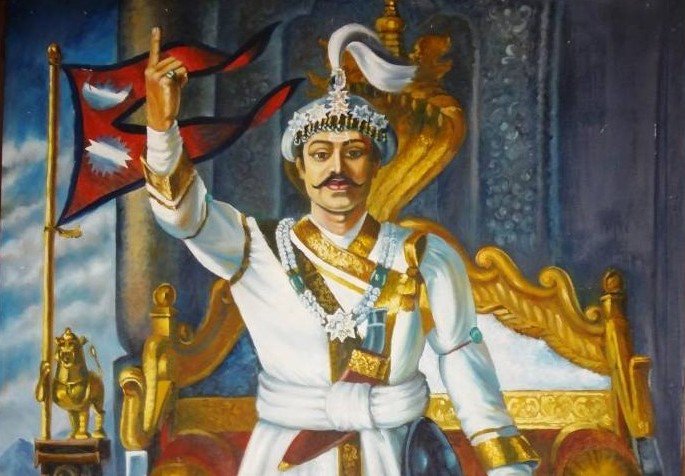 And a cartoon in current contest: 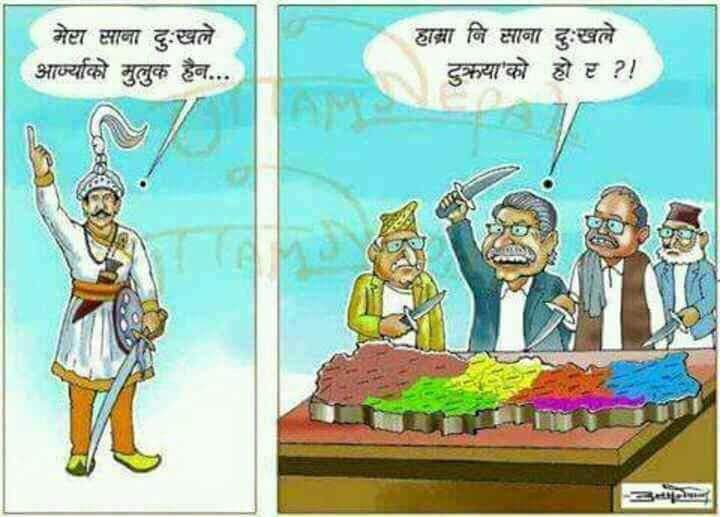