For the first time in the history of Nepali film industry, the music of a movie is released in the Prime Minister’s official residence. The audio/video of the movie by director Dinesh DC, ‘Fulai Fulko Mausam Timlai’ was released on December 28 by the Prime Minister KP Oli and his wife. 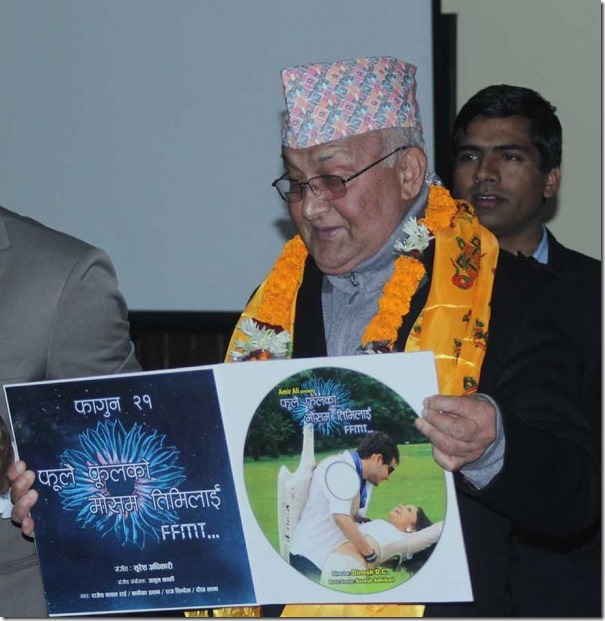 On the request of Dinesh DC, PM’s wife also presented a rose to the Prime Minster. The movie is going to release on theater on Falgun 21. After watching the trailer Prime Minister Oli had asked Dinesh to book 10 tickets for him.

The writer,director and producer Dinesh DC told that the profit from the movie shows to be used to construct a bridge in Dhading. In case the movie fail to make enough profit, DC has promised a sum of Rs. 700,000 to the bridge construction project.