The movie ‘Hero’ is produced by the future husband of actress Rekha Thapa, Chhabi Raj Ojha is produced under Namaste Nepal Cinema banner. The movie is the presentation by Shyam Khetan. Chhabi Ojha has written the story of the movie and is also named the executive producer. A well known film director these days, Pradeep Shrestha, was the chief assistant director of the movie. The movie features the art of Gopal Bhutani, dance of Kamal Rai, and action of Rajendra Khadgi. The editor of the movie Rajaninath Pant, camera of Raju Thapa and music of Sambhujit Baskota. The director, Naresh Poudel had also written the script of the movie and he was also one of the producers of the movie.

The movie ‘Hero’ is the debut movie of actress Rekha Thapa. The movie became hit and established Rekha as an actress in the film industry. The superstar of the Nepali movie industry Rajesh Hamal is in the leading role. Other well known actors in the movie are Gauri Malla, Deepa Shree Niraula and Niruta Singh.

The biography of Rajesh Hamal and the list of his movies:

The biography of Rekha Thapa and list of her movies:

Biography of Niruta Singh and the list of her movies: 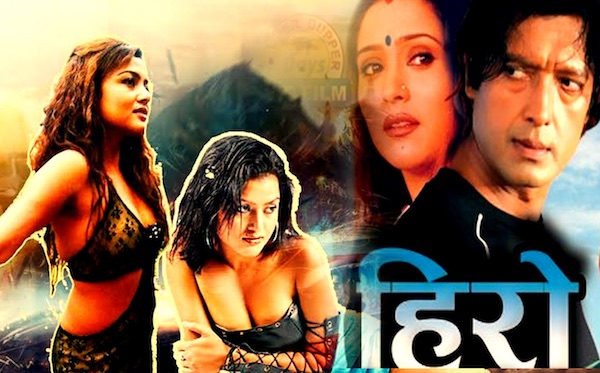