In a surprise event on Wednesday, June 10, 2015, actress Harshika Shrestha has married an Indian businessman, Prasun Jhunjhunwala. The marriage ceremony was held at Royal Banquet in Tinkune, Kathmandu. 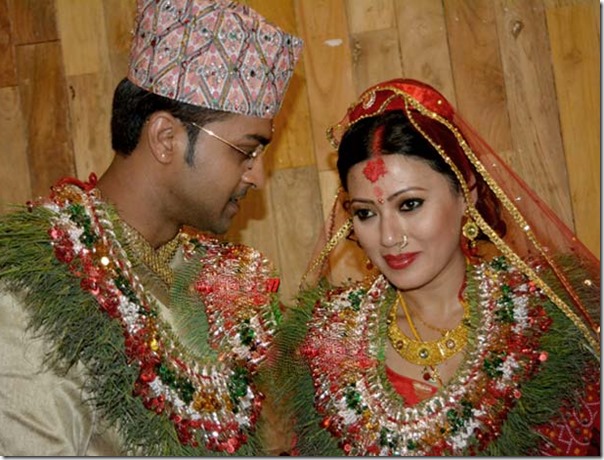 Because of the marriage between two different community, they are planning to perform the ceremony in both Nepal and India. From groom’s side pnly the parents and the brother were present and limited family members were present in bride’s side. A reception party was held in the evening.

The new couple will head towards India on Friday and will perform the second marriage ceremony there. Prasun is a businessman of Marwadi community in Calcutta. According to his Facebook status Prasun is the director of International Trade at Lotia Motors and CMD at Praz Group of Companies.

Harshika is told to be in affair with Prasun for the last 8 months. Before that, Harshika was linked various other people including a recent affair rumor.

One thought on “Actress Harshika Shrestha marries an Indian businessman”