Last week, actress Rekha Thapa was promoting her latest release ‘Kali‘ in ‘Meri Bassai’. This week, actor Aryan Sigdel is going to be promoting his new release, ‘Madhumash’ in another comedy serial ‘Tito Satya’. ‘Madhumash’ is releasing in theaters on October 25, 2013. 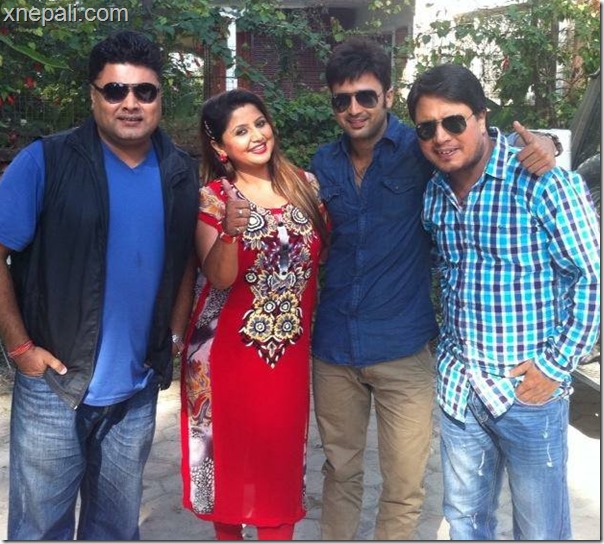 Aryan will be featured in two episodes of the popular comedy serial in Nepal Television. In the past, other actors like Rajesh Hamal, Prashant Tamang, Bhuwan KC, Keki Adhikari etc. had also appeared in television screen to promote their big screen movies.

Aryan Sigdel says that the television screen is one of the most effective medium to reach to the viewers. (Photo credit – Nirmal Sharma)