Director from Pokhara, Netra Gurung, has announced his new movie ‘Naaike’ during a press meet organized in Pokhara. The leas actor of the movie will be Aryan Sigdel, who will be featured as the leader of a gang. The actress of the movie is yet to be finalized. Other actors in the movie include Rem BK and Bodhraj Regmi.

The movie ‘Naaike’ is going to be made on a story of gangster and is being produced by Jagdish Khanal, Anandsharan Chhetri, Narayan Khanal, Sangita Parjuli and Resha Gurung. The executive producer is Bishnu Hamal and the banner is The Black Shadow. The director Gurung has also written the story of the movie.

The shooting of the movie is expected to start in a few days. The shooting will be done in various locations in and around Pokhara. 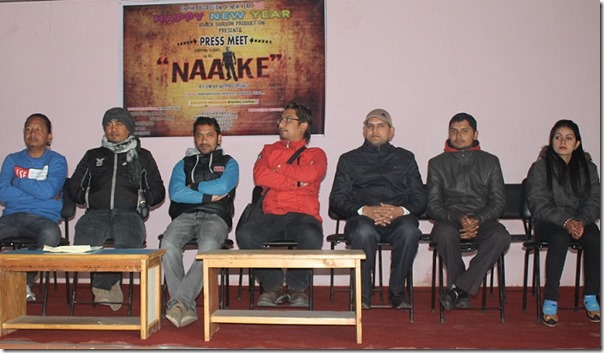