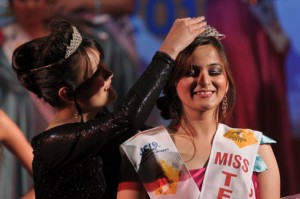 The technology student Astha has been appointed as the National Green Ambassador for Kathmandu Jaycees (KJC) and was also declared Miss Personality in the contest organized by KJC at Nepal Academy Hall, Kamaladi.

The answer that helps Astha to win the title was “We need to rise and fight and make Nepal a symbol of peace and prosperity”.

Paridhi Sharma, 17, from Shantinagar, Kathmandu was declared the first runner-up, while Shristi Saud, 18 from Baneshwar became the second runner-up. Paridhi also won the Miss Talent and Miss Popular titles. She bagged the talent award for her rendition of Phoolko Ankhama, a song by Ani Choying Drolma. 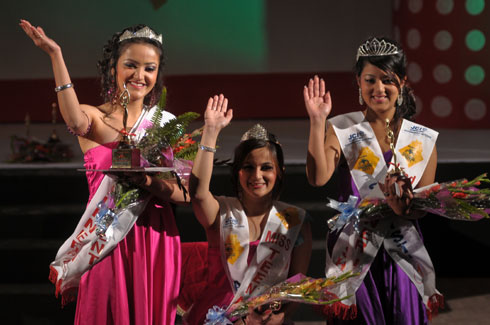 Girls of age between 16 to 19 were participants of the contest, which is in its 10th year.