Two days before the marriage, actress Barsha Raut and actor Sanjog Koirala got married in an event held in a hotel in Kathmandu. The event was held among their friends and families.

Barsha Raut debuted in Nepali film industry in one of the sequels of ‘Nai Nabhannu La’. She had acted in some of the superhit films like Jatra and Chahkka Panja sequels.

Sanjog Koirala is the daughter of a film producer and an actor. Sanjog and Barsha were featured together in ‘Chhakka Panja 2’. While Barsha has been in high demand in the film industry, Sanjog is struggling to establish himself. He is more into business than acting.

Congratulation to Barsha and Sanjog for the engagement and upcoming marriage. 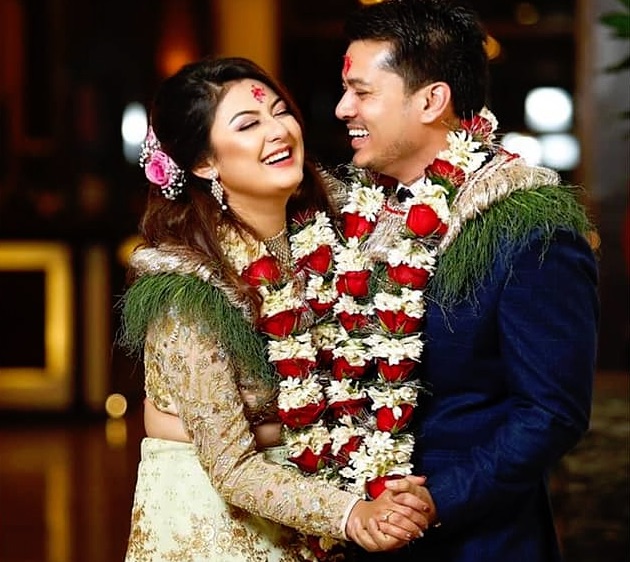