Two actresses have totally different approach on the troll that has been going on in the internet.

A usually sober actress, Barsha Raut, appeared in a revealing cloth in the premier of her film ‘Jatrai Jatra’ in Sydney, Australia. That is in contrast of the perception that Barsha doesn’t prefer showing off her body. When the trolls start to surface, Barsha’s husband responded by telling that he was supportive of Barsha (video temporarily removed).

Then came Priyanka Karki. The actress often being trolled herself also supported Barsha and wasn’t happy for those taking the issue negatively. Priyanka Karki in her Instagram post wrote: For all the peopel sying the dress is too ‘low cut’ she should have worn something sober … the dress is too ‘revealing’, you shouldn’t have done that for publicity …
NO! You (the ones saying the most demeaning and disrespectful stufd about a woman. YES YOU!) Actually you’re too ‘judgmental’ and you need to STOP THAT SHIT! NOW!”

Then, another actress, Namrata Shrestha was different. While the artists gain in terms of popularity because of the incident, they should be ‘thick-skinned’ when it comes to such trolls.

Namrata said, “As an actress, I can’t talk about anybody else. Everybody think differently. On my behalf, what I believe is that we are actors. When we create something for the public, we should be ready to listen to the compliments and criticism. It is not compulsory that everything I do is the best. I might like one thing and you might not like that thing. Everybody has a different perception to things. As an actor we need to be a little bit thick-skinned to take the comments. It is part of the freedom of speech. Everybody is entitled to opinions.” 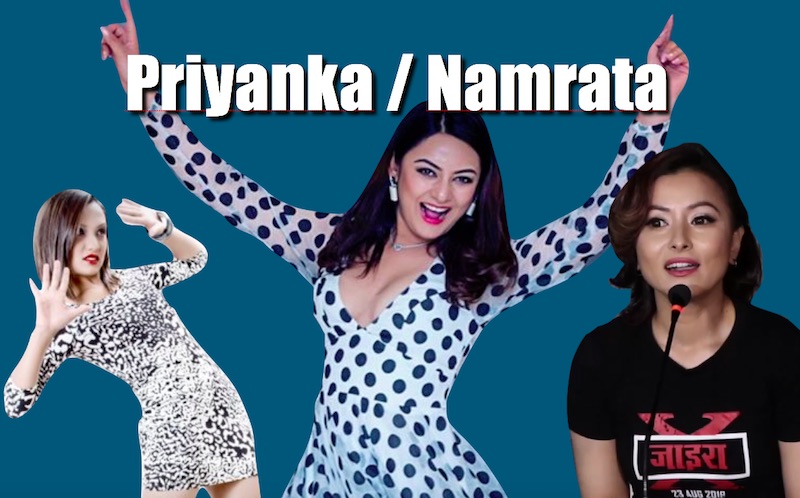 Which views do you support?