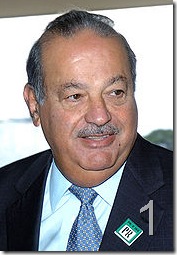 Gates was the richest person for some time until Warren Buffett, this year’s third richest person, stole the top spot off him in 2008. Gates had held the title of world’s richest 14 of the past 15 years.

This year, the number of billionaires increased by 218 as compared to last year â€“ indicating the improvement in global economy.

Mian Muhammad Mansha (#937) of Pakistan and Antti Herlin (#773) of Finland were the first billionaires to represent their country in the list this year.