Nepali movie ‘Biteka Pal’ was released on January 10, 2014. The recommendations of the viewers during the premier held on December 28, were also told to be incorporated in the final release. The movie produced by Rajesh Ghatani and Krish Rijal is written and directed by Suraj Subba ‘Nalbo’. The movie features Keki Adhikari, Abinash Gurung and Baboo Bogati in lead roles.

The director had told that the movie is based on a true story of a woman from Jhapa. 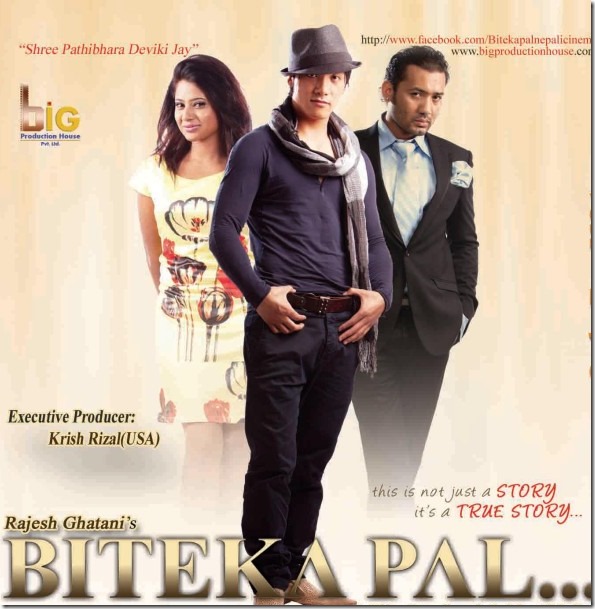 The characters in the movie express their feelings in words and tears but, the presentation doesn’t seem natural. The tension in relationship between the character is documented with words, tears and sad music but, the viewers fail to feel it.

The characters played by these actors haven’t been well presented. Abhi is told to be a well known artist in Darjeeling, but you don’t get a feeling of him being that popular. The twists and turns of the story don’t have enough background to make them believable.

The cinematography is simple, it doesn’t have much artistic touch. Although the movie was shot mostly in Darjeeling, there isn’t much scenes to show the life in Darjeeling. The script of the movie could also have been much better.

Baboo Bogati has done a very good job and has given justice to his role. Keki Adhikari, the central character of the movie, has also done a good acting but, sometimes it seems like an over-acting. The character played by Keki is sad and cries a lot. But, the crying fails to touch the heart of the viewers. Keki has worked hard to justify her role. 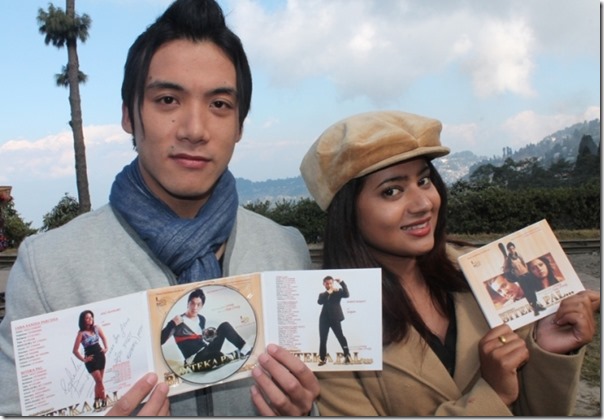 The debut actor, Abinash Gurung, has failed to show his acting talent. Abinash’s acting shows a lot of scope of improvement. In serious scenes, he has failed to express the seriousness.

‘Biteka Pal’ is the sixth movie of Suraj Subba ‘Nalbo’  as a director. In addition to that he has written the script of twice the number of movies he has directed. Although Nalbo has presented a good character, the presentation of the social and psychological aspect has failed. In terms of script writing, Nalbo has failed to bind the character in a solid story line.

The director and the artists have tried their best to make it a good movie. But, the movie could have been made much better by improving the presentation and characterization. It is a good story but, the presentation has ruined the story.

The story seems to be an original one and if you like love stories and can overlook the shortcomings, you might enjoy the movie.