For her role in upcoming movie ‘Panchayat’ actress Neeta Dhungana was awarded the Best Leading Actress Award in an international film festival. In the festival held in San Francisco, California, Neeta was awarded the award in Foreign Film category. The film festival titled San Francisco International New Concept Film Festival was held in California starting October 25 and concluded on October 29. Actresses Neeta Dhungana and Nandita KC had participated in the festival along with the ‘Panchayat’ team had represented Nepal.

My congratulation to Neeta for the honour in USA.

Neeta is featured as a young girl in the movie set in a time about 50-years ago. The movie directed by Shivam Adhikari is scheduled to release on Falgun 17. In the movie with Neeta other actors include Saroj Khanal, Rupa Rana, Geeta Adhikari etc. Tanka Budhathoki has composed the songs of the movie and Rameshowr Karki is the cinematographer of the movie.

The government had censored the old National Anthem in the movie watch a video report:


Photos of Neeta at the Award ceremony: 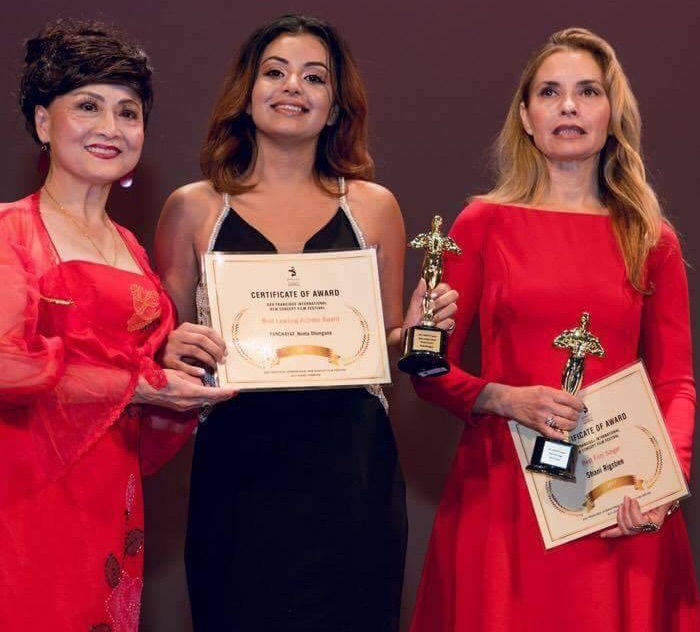 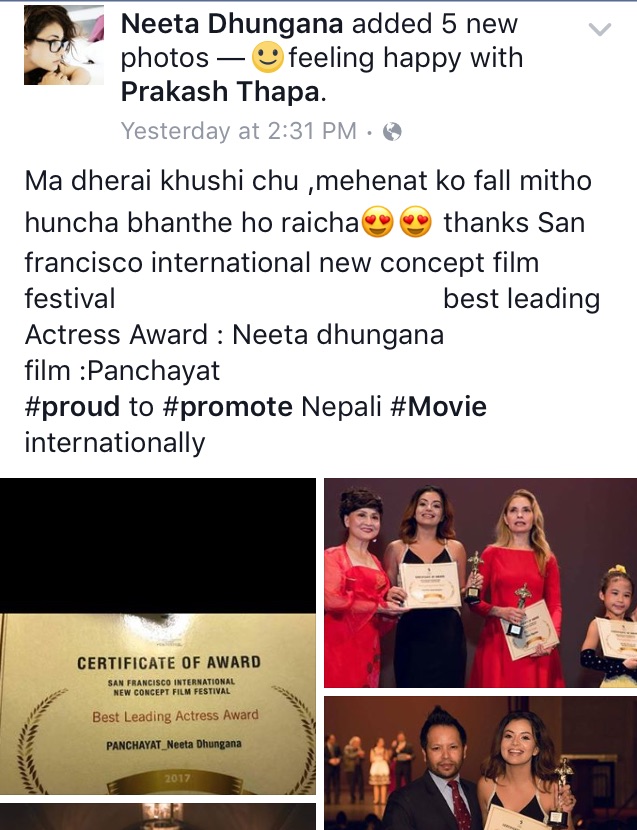 How credible is the Award?

It is a good thing that a Nepali actress has won an international award. But, a lot of publicity stunts are performed prior to film release. While I hoped that this award was genuine and searched online for the mention of Nepal and a film festival San Francisco. The search was futile until I could search for the right name of the festival. Here are a few observations:

These things say a lot about the credibility of the award. 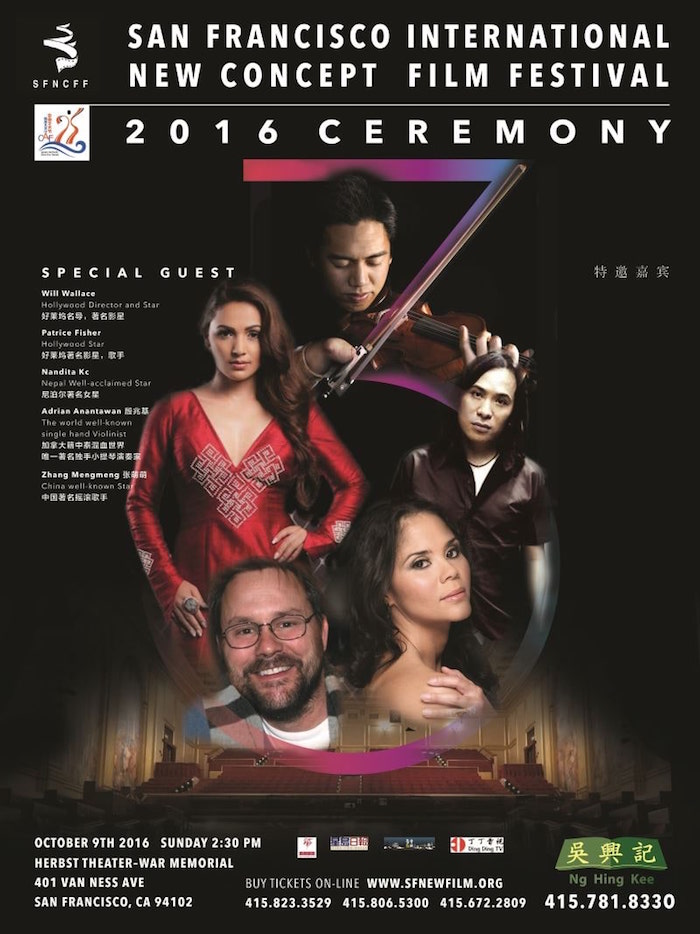 I have no doubt Neeta is a good actress. Although I am very happy a Nepali actress is appreciated and honoured in a film festival in the USA, I have grown a skepticism based on my previous experiences in the Nepali film industry. I would certainly hope ‘Panchayat’ to be a hit movie and people like her acting.