Ex-King Gyanendra went to the hospital and had dinner with his mother a while ago. As Gyanendra was having a tour in Terai, he returned to Terai after being satisfied that Ratna was doing well. 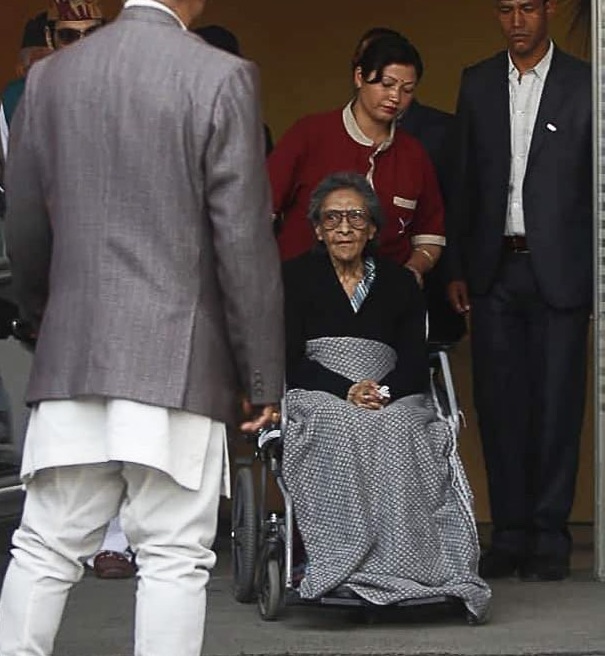 According to the press release, Ratna was adimitted to the hospital after she complained about issues in her chest on Falgun 21. She was released after the problem was sovled.

Ex-Queen Komal Rajyalaxmi and ex-prince Paras Shah had gone to the hospital to bring the queen-mother home. 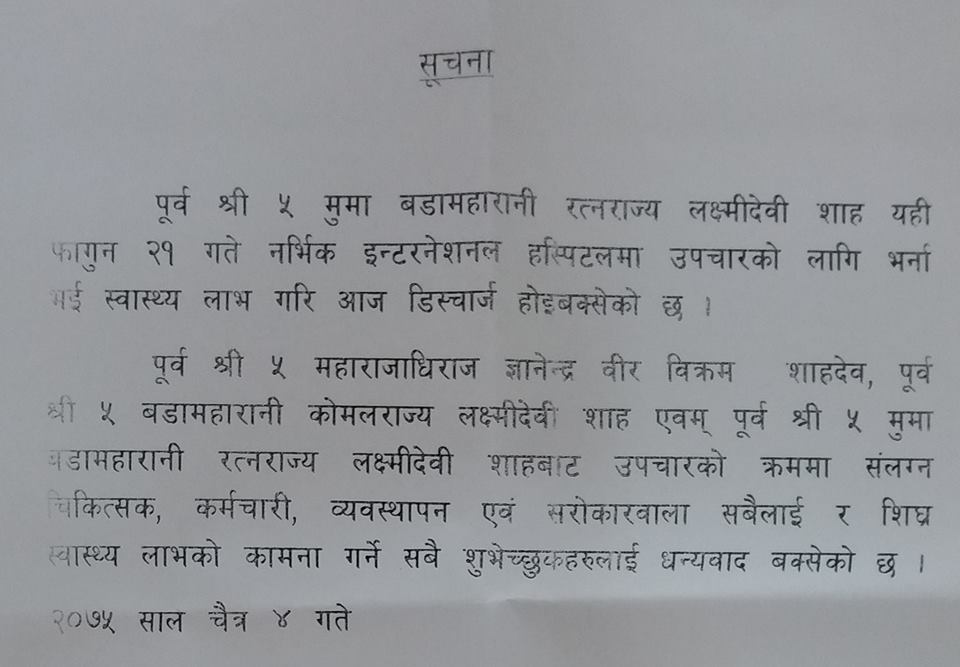