Story:
Facebook is a story of a girl named Sanskriti (Jharana Thapa) who falls in love with Yodin (Swatantra Pratap). Yodin, a rich NRI living in Singapore, knew Sanskriti in the social networking site, Facebook. After an online affair, Yodin flew back to Nepal to marry Sanskriti. In Nepal, Yodin’s uncle Harish (Sunil Thapa) sends them to a theatre to watch movie where Yodin was kidnaped by a gang. The police thought Harish was behind the kidnapping of Yodin. I don’t want to ruin your movie watching experience by divulging the secret.

In contrast to the trend of borrowing stories from foreign movies ‘Facebook’ is made on a new and interesting story related to social networking site Facebook.com. But, a good story and star cast don’t make a good movies. Although the story is original, the name itself is somebody else’s trademark.

Another biggest problem in the movie is it’s weak screenplay. The screenplay of Suraj Subba is nowhere near his previous movie ‘Bato Muni Ko Phul’. The online love story is shown uneasily simple, gold medalist software engineers’ department store job and other similar situation seem unrealistic. The pace of the movie feels too slow and boring at times although there are few interesting and new dialogues.

The choice of movie title ‘Facebook’ was one of the most talked about issue of the movie. After watching the film, it is clear that the title was only used to grab the attention of Facebook addicted youths and it has nothing to do with the story. The film is more related to kidnapping and suspense rather than Facebook. Background scores and editing is not that effective and it is not fun watching the movie. 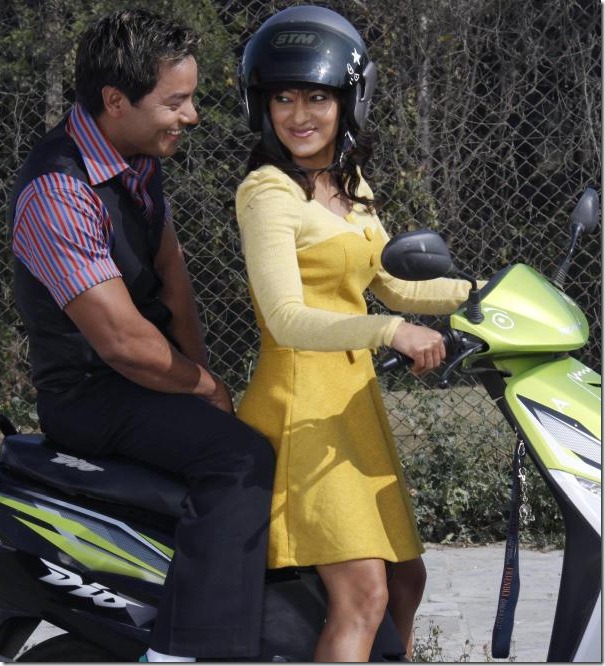 Jharana Thapa the producer and the lead actress has done average work with nothing new and exceptional in the movie. Swatantra Pratap Shah in is debuted in ‘Facebook’ but his entrance is also not that effective. He had a huge scope in the character he performed but he failed to show his talent in the movie.

The preformance of Sunil Thapa and Rajesh Hamal are good, as usual, but there is nothing new in their roles either. They have done the justification to their roles and characters. Actor Wilson Bikram Rai has a short role in where he is not as funny as expected but, his dialogue delivery is good.

Subash Thapa, in a role of a gold medalist software engineer has performed well. Although his dialogue was copied from the Loot character Hakku Kale,”Baal Haina Dimag Laga Passa”, he has performed very well in his character.

Suraj Subba has missed a very good chance to make a good movie on a nice story. After making two unsuccessful and two successful films, Suraj Subba has made ‘Facebook’ an average film. Viewers had a higher expectation from ‘Facebook’, better than his previous movie ‘Saayad‘. But, the movie is much worse when compared to ‘Saayad’.