There hadn’t been much publicity of the movie released on Friday, January 22, 2016. The action movie ‘Chhal’ is directed by Shiva Pariyar. Most of the artists in the movie are new. Prajwal Giri, Sanjog Rana, Soniya Giri, Sabina Karki, Kabisha Shrestha and Shree Dev Bhattarai are the leading actors of the movie. 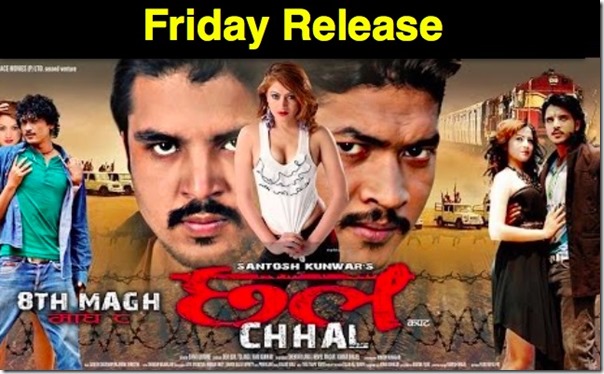 The movie ‘Chhal’ is made by the team that produced ‘Loot Company’ (Watch ‘Loot Company’ here). The shooting of the movie had started two years ago took a long time to complete.

The movie mostly shot in Terai area, is a presentation of Santosh Kunwar under Life Race Movies banner.  The choreographers of the movie are Ajaya Shantang, Bikram Gurung and Ishwor Ballav Upreti. The action director is Shankar Maharjan and the cinematographer is Mukesh Humagain.