Two new movies are released in theatre in Nepal on July 21, 2017. The movies titled ‘Dr. Khatey’ and ‘Meri Kusum’ were not promoted much at the time of the release. Last week’s release ‘Ma Yesto Geet Gauchhu’ and ‘Sayaad 2’ are still being screened in a number of theatres so, these new movies will get less number of theatre to start with. 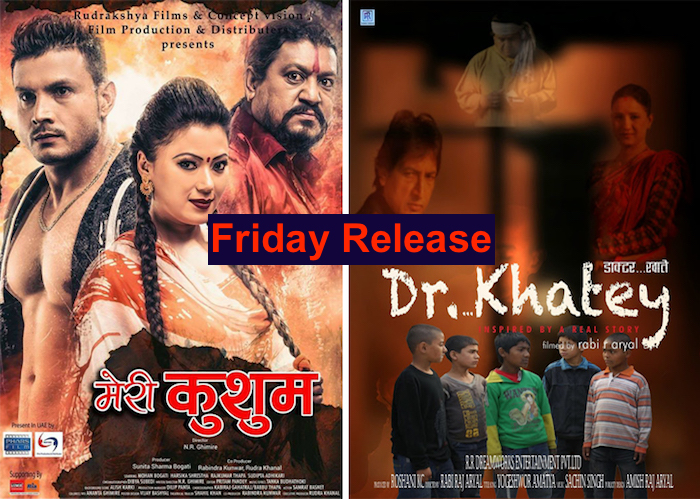 The movie ‘Meri Kusum’ is directed by AR Ghimire. The movie featuring Mohan Bogati and Harshika Shrestha in lead role is produced by Sunita Sharma Bogati.

The movie features the cinematography of Divya Subedi, music of Tanka Budhathoki. Made on the story of love and war, the movie was previously screened in various cities in Dubai.