Rajesh Hamal is celebrating his 53rd birthday on June 9, 2017. It has almost been three decades since Hamal started his acting career in ‘Yug Dekhi Yug Samma’. The debut movie of the producer, Chhabi Raj Ojha and directed by Hamal’s maternal uncle, Deepak Rayamajhi, the movie became a super hit movie. The success of the movie established Hamal as a credible actor.

Rajesh Hamal didn’t have his family’s support in the initial days of his acting career. As the film industry was also in its initial stage, no actors were professional actors in those days. Hamal says that the film industry grew with is filmy career. Watch an inspiring speech given by Hamal to the students in an Indian University a while ago:

[Read biography of Rajesh Hamal and a list of his movies]

Rajesh Hamal is not active as an actor these days. He is preparing script of a movie he is going to direct in future.

These days he is busy in stage shows and he is also running a TV Quiz program as the host.

Although 53 years old, Rajesh Hamal still looks young. That is because he exercises a lot and is eats healthy. He doesn’t have any addiction like smoking or such and doesn’t drink.

I wish Hamal a very happy birthday and wish good films of Hamal be made this year. 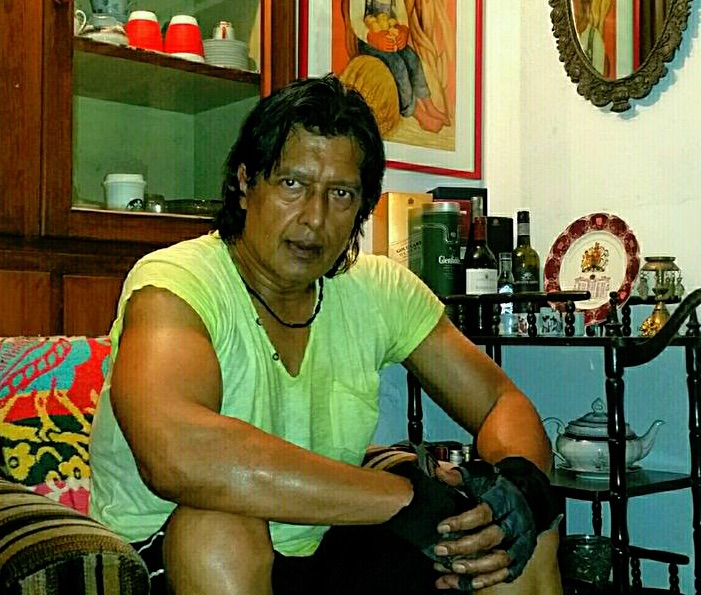