It is Nepali mother’s Day.

Let me share photos of the mothers of some of the celebrities. First the video report:

Apart from the photos used in the video I had shared the photos of the mothers of Nepali celebrities in the past.

And some celebrities became mothers this year:

Simpla Khanal gave birth to a daughter. Simple is a model, actress and VJ. She however has left Nepal and is living in the UK these days. (Read in detail)

Some celebrities lost their mothers this year.

Start of the Mothers Day

In Nepal, people visit Matatirtha pond to celebrate the festival and remember their mothers. According to legends, an orphan shepherd boy had seen his motherâ€™s face on the reflection in the pond in Dwapar Yug. After that a lot of other people had also seen their respective mothers in the reflection. Although, that is only a legend and there is no truth in it, people continue to flock the area in the first month of the year. (source – Mother’s Day in Nepal) 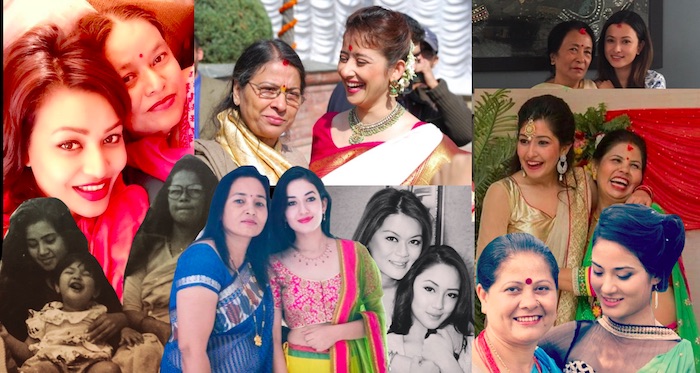 Happy mother’s day to all the mothers !