Miss Nepal 2009, Zenisha Moktan gave birth to a healthy daughter on Christmas 2017 (Decmeber 25, 2017). Both the mother and the daughter are healthy and doing great after the childbirth. The new member of Dikesh’s family is named Dia Malhotra.

Zenisha had married Dikesh, a businessman, in February of 2016. That was after a half-a-decade long love affair. Dikesh and Zenisha met because of actress Priyanka Karki. Priyanka and Zenisha have been friends for at least a decade and now, after marriage, Zenisha has become Priyanka’s sister-in-law. That is because Dikesh is Priyanka â€˜s younger cousin from her motherâ€™s side.

Zenisha and Dikesh has decided to create a new Instagram account of the baby to share her photos. The account has been quite popular and has already has more than eleven hundred followers. That is a huge number of followers as the account was created after the baby was born.

In the account, there is only one photo of Diya – lying down, wrapped in a pink blanket.

My previous posts on Zenisha Moktan: 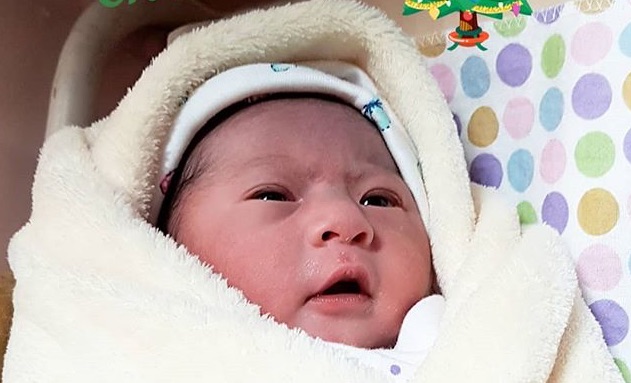 My congratulation to Dikesh Malhotra and Zenisha Moktan for the daughter and I wish Dia a very bright and prosperous future.