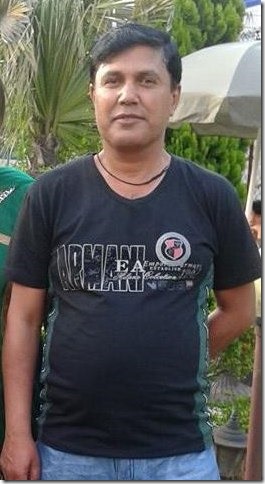 Subedi, a teacher of Seti Ganesh High School in Daman, Palung had raped the child and was trying to convince the child keep silent. When the parents of the child knew about the crime, the villagers tried to kill Subdei before police took him under their control. While trying to save Subedi, the uniform of one of the police officer was also torn.

Subedi had been writing songs for the musician Tanka Budhathoki. Dinesh had written an item song for ‘Zanzeer’, “Bhat Bhate…” of ‘Euta Sathi’ and ‘Himmatwali‘s “Malai Pagal banaune…” apart from “Ghanti Bajyo …” of ‘Hawaldar Suntali’.

There has been an increase of rape crime in Nepal and there has been protest all over the country to punish the rapists to the maximum.