On the Nepali New Year program held in UAE, two hot models were the main attraction – Jyoti Magar and Riya Shrestha. Both Jyoti and Riya are known for scanty dress and vulgar dances. Although Jyoti Magar is a professional singer, she is better known as a vulgar dancer than a singer. 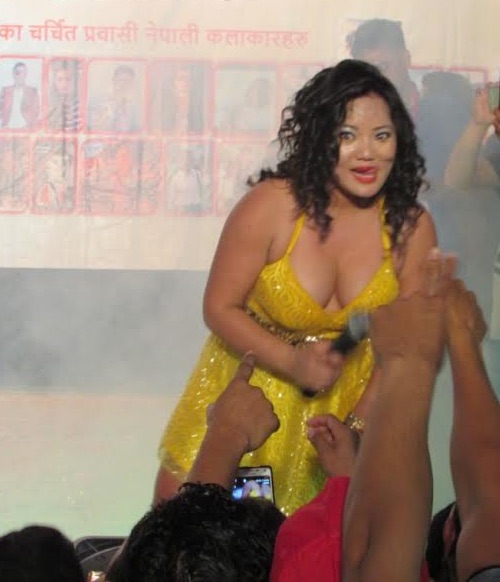 In the program, they keep up with their reputation and showed off the curves of their bodies. The body show was more effective than the artistic aspect of their performance.

Jyoti Magar was invited by Lil Fang Ghale Samaj, UAE in the progream titled Naya Barsha Sangitik Dhamaka 2074. Riya Shrestha was invited by Kabhre Samaj UAE. Because of the popularity of the singer/dancer, both the programs were houseful. Although these types of programs are houseful, the presence of guests in social work programs are very minimum.

A week earlier to these hit program, a program was held for the education of children by Hemanta Moktan Foundation. The program also featured cultural program. But, the presence was less than 100. The New Year program featuring Riya Shrestha was held in the same hall.

Although Jyoti Magar and Riya Shrestha were popular among the viewers, other artists like Rita KC, Bishow Dong were also liked by the viewers. 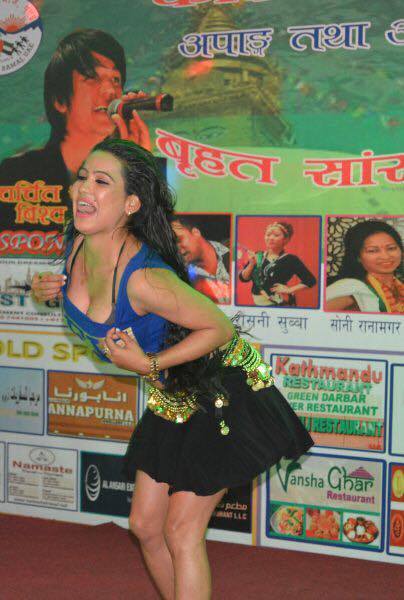 Who is Jyoti Magar?

Jyoti Magar is a lok singer. In addition to singing, she is quite popular in stage shows. During stage shows, Jyoti Magar shows off her body rather than focusing on the performance. Showing off her body is more important than singing of dancing.

In the other hand, Riya Shrestha is a hot dancer. She was criticized when she shed her clothes in a dance performance in Malaysia.

Jyoti and Riya are the new sensation of the current time.

(Also watch the Jyoti Magar’s pokhara perfomance a while ago)