The comeback movie of actress and producer Shweta Khadka, ‘Kanchhi’ has released in theatre on February 16, 2018. The movie has a challenge to compete with Anmol KC’s hit movie ‘Kri’ that was released last week. The movie is still running in 60 screens in the second week of its release. The new release movie ‘Kanchhi’ has also got similar number of screens – about 60 for the release. 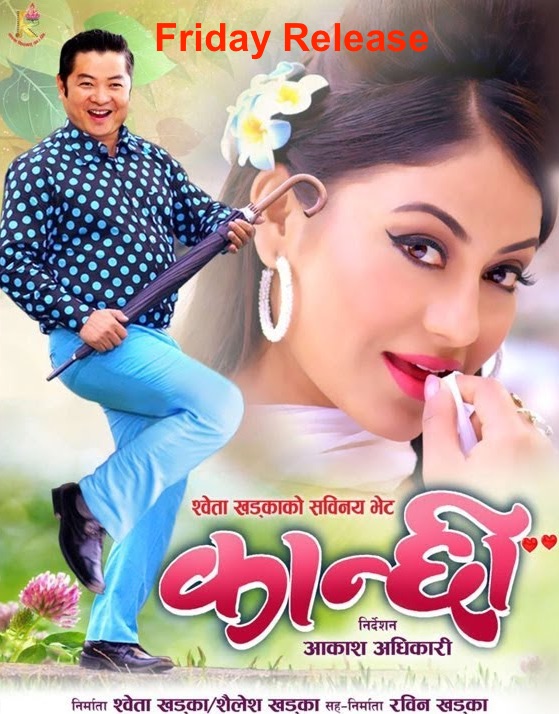 The movie’s trailer and the songs were well received. The movie is the comeback movie of Shweta Kahdaka after ‘Kohinoor’, the last movie of Shree Krishna Shrestha. Shweta has recovered from the very-long mourning after the death of Shree Krishna, a month after she married him.

Kanchhi features Shweta Khadka as Kanchhi and Dayahang Rai is featured opposite to Shweta. Shweta told that she has already recovered the investment even before the release of the movie. She has told that the movie is dedicated to her late husband Shree Krishan Shrestha.

The movie is directed by Aakash Adhikari, the director of Kohinoor. The movie is set in a village environment. The cinematography is done by Purushottam Pradhan. The film featurs Anu Shah, Prajwal Sujal Giri and Bhumika Shrestha.

Watch the trailer to know if you want to watch the movie:

Please comment if you have watched the movie and liked or disliked the movie. Thank you.