The vehicle Takme Budha, Wilson Bikram Rai, met with a dangerous accident in Morang. Takme Budha was returning from Madhumalla Mahotsab at Morang to Birtamod at around 12 AM on Tuesday. According to producer and actor Rajesh Ghatani, the accident was caused by a stray dog. The vehicle lost control when, the driver, Wilson tried to save the dog on road.

In the accident, the vehicle Hyundai I-10, BA 17 Cha 1902 overturned beside the road. In addition to Wilson and Ghatani, there were Bishal Limbu, Yukesh Limbu, Samil Rai and child artist Jeshika Rai. Everybody safe although the vehicle sustained damage and was overturned, landing on the roof. See the following photo: 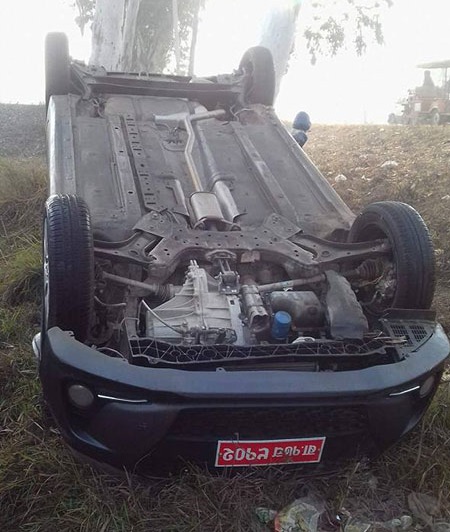 Wilson Bikram Rai is popularly known as Takme Budha after his role in ‘Meri Bassai’. Although Rai left the serial a long time ago, he is still identified by the name. He is in high demand in various stage shows in and out of country. In addition to working in television serials, Wilson, is popular in movies. He is also active in music videos. 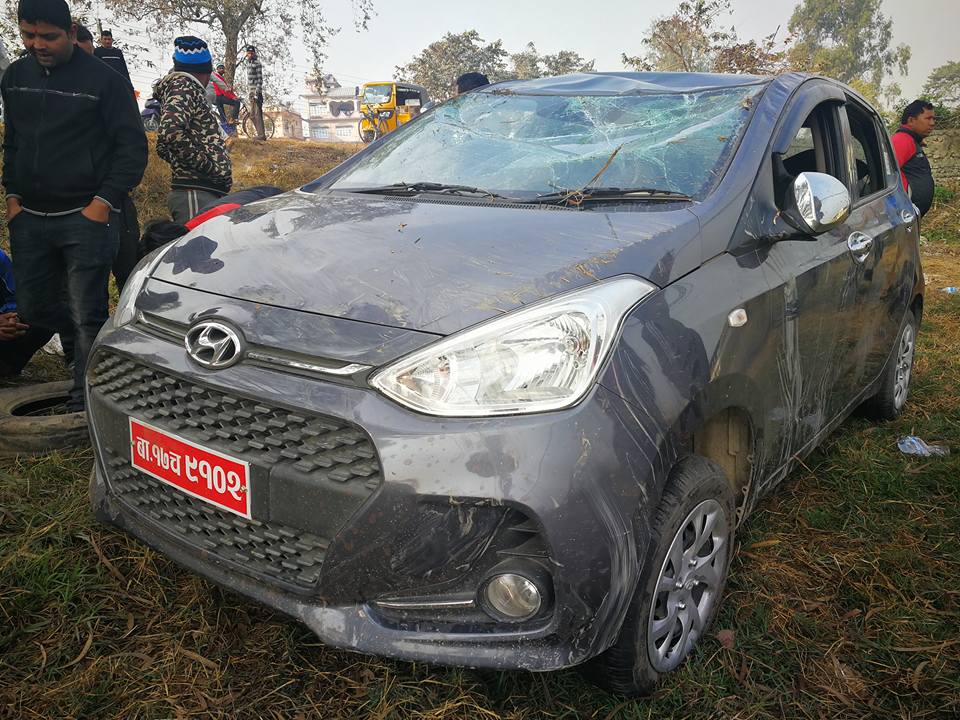 It was a good thing that nobody was hurt in such a major accident. Driving at midnight doesn’t seem like a good idea.

And, Take after winning NFDC award:

How much Takme gets as pay? Watch the following video to know: