Actress Karishma Mandhar got pissed off when a journalist wrote about her attire during a press meet. It was not only about her attire. It was more about her character, her intelligence and the way she talks. When I first read the the news article, I thought it was some sort of comedy.

In response, Karishma shared a photo wearing a dress that covers everything except her face and asks them to write the caption for the photo.

A rough translation of what Karishma has written in her Facebook response:

As I am an artist, every activities of mine are connected to glamour. At the same time, being a public figure, I have to be careful on my personal activities (like eating, siting, wearing, speaking etc.)

But, in the second decade of 21st century and being a citizen of a free country, shouldn’t I be free to eat, wear, and speak the things I like?

The thing I have objection is – Ok, if I had worn an inappropriate dress – why don’t you comment only on the dress? What would they get by commenting about my style of speaking, things I like to do, my desire, and make fun of everything I do? The coat and skirts of Trthur’s Levine are not bought to be worn at home.

It is an attack on my personal freedom in the name of the dress I wear. It is an attack to womenkind. For those yellow journalists, I have worn this dress – BLACK. Now, make a caption of this (like you made – childish behaviour of a 55 years old). 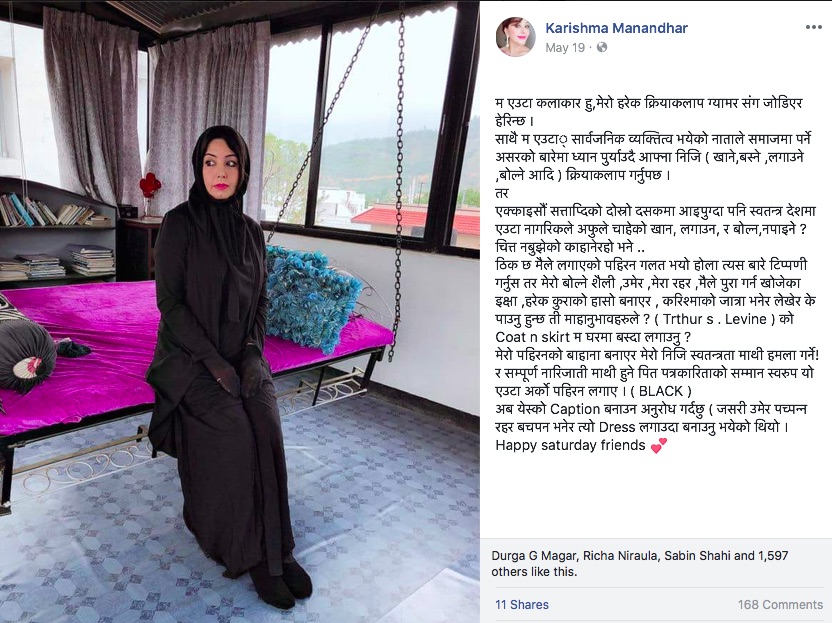 That was a smart response to the news article attached below: 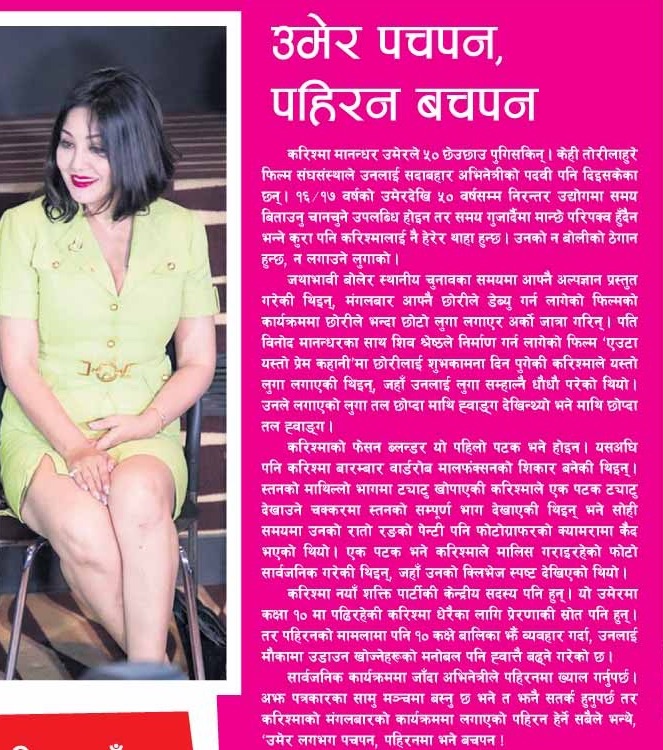 I totally agree that the magazine’s article wasn’t appropriate. But, Karishma’s response in Facebook wouldn’t solve the problem. There are journalist associations that take care of such articles. There is court of law about defamation.

Actually, such response in social media would create an environment write articles so that they could have a follow up article to be written in the next edition. I am sure, this response will make it into next edition of that magazine. They would certainly love such responses from celebrities.

I think, a better way of dealing with the situation is to call them. Talk to them about the issue and also call the journalist associations and organizations. Such steps will create an environment in which, the reporter start to think about the consequences.