The movie produced by Subash Meche has landed in trouble after the Censor Board decided that it needs to be re-shoot. The movie titled ‘Killa’ is about the story of the Congress and Nepal Communist Party and the economics of the principle. 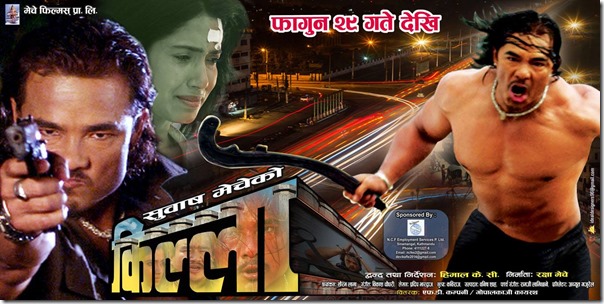 The Censor Board has suggested that the movie should be party neutral and shouldn’t advocate for a party (specially when it is not officially sponsored by the party.) The director Himal KC says that the movie is made on a story of a youngster who is confused about the political parties in Nepal. A well known action director, Himal KC, has directed the full featured film. The film features Subash Meche, Surabhi Jain, Wilson Bikram Rai and others. The movie is mostly shot in Jhapa and the area.

The movie scheduled to release on theater on March 13 will need reshooting of some of the scenes before the Censor Board approves it for the release.

One thought on “Killa deemed too much political, censor rejects the film”