Rakshi is the distilled alcoholic drink of Nepal. It is commonly made from Kodo (a variety of millet found in Nepal). There are other varieties of Rakshi made by the same procedure using other materials like fruits, corn , rice , wheat , or barley.

Kodo or millet grows in mountain region of Nepal and is considered one of the nutritious grains used to make varieties of Nepali delicacies. The foods made from Kodo is also considered a relief food for diabetics.

Distillation of Rakshi is an age old process in which the millet is cooked, left to ferment and distilled to obtain the edible alcoholic bev
erage.

Millet or Kodo is harvested in Nepal in October / November. The small grains are extracted by laying grain bearing spikes on a mat and beating by canes after drying it in the sun. 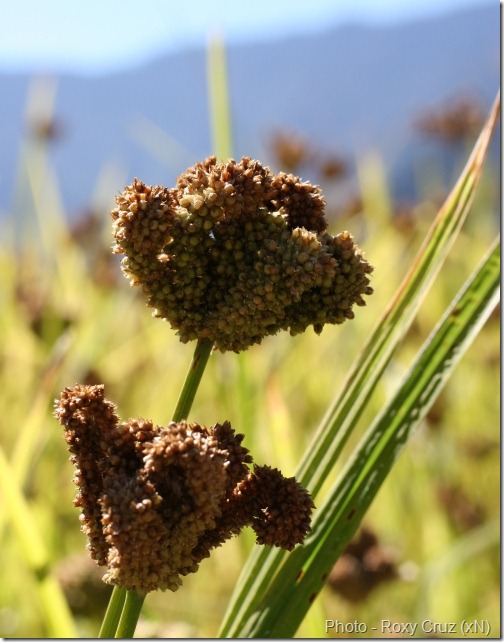 The millet grains are sieved through a colander and mixed with water before bringing it to boil. Cooked millet. after simmering lightly, is transferred to a basket to let it ferment for three days. The fermented mix is transferred to an earthenware called to remain there for the next 15 days. 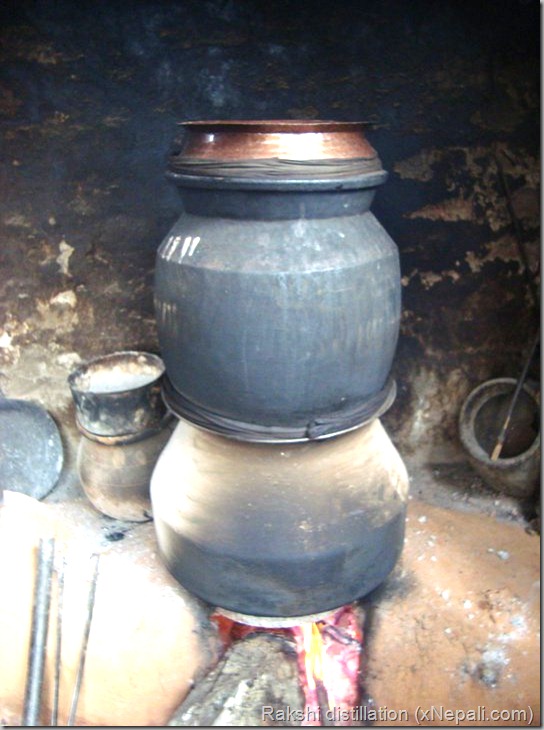 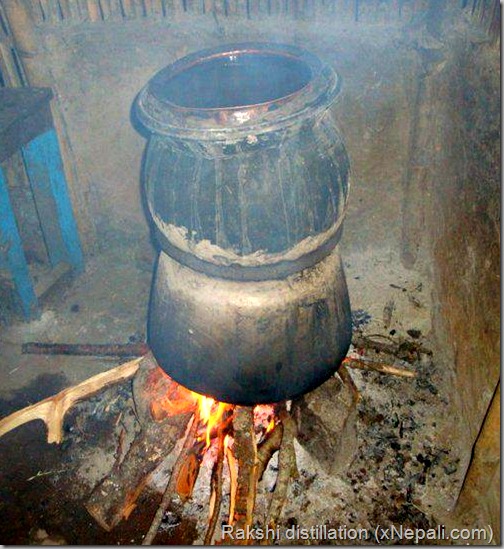 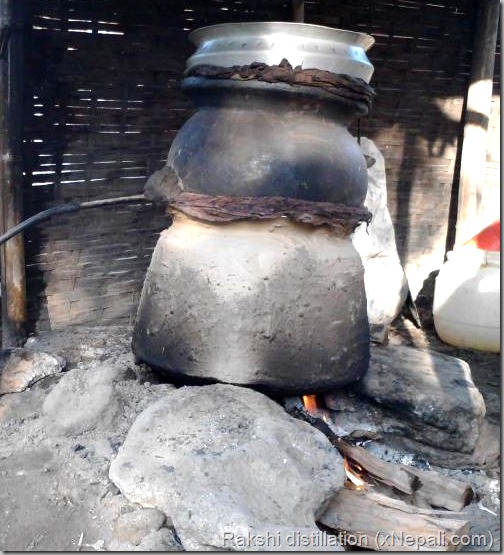 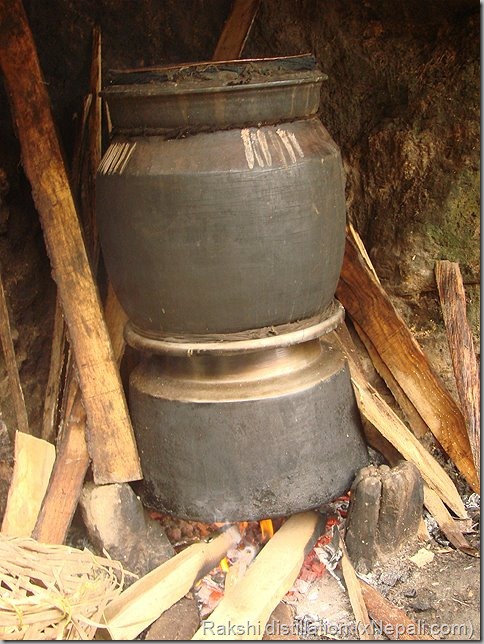 Due to various social problems and unethical business practices, it is illegal to sell such alcohol in Nepal. But, the brewing is still done in homes to prepare alcohol for traditional rituals and for use among family members. (Photo credits – Diwas Rai, Roxy Cruz, Binod Baral and
others)

3 thoughts on “Kodo and and distillation of Rakshi, a traditional Nepali wine”