Bollywood actress of Nepali origin, Manisha Koirala, has been awarded the 3rd Annual G.O.D. Awards (Global Officials of Dignity Awards) by the United Nations. In an event held in the UN headquarters in New York, Manisha was handed over the award for her contribution to the earthquake victims in Nepal. 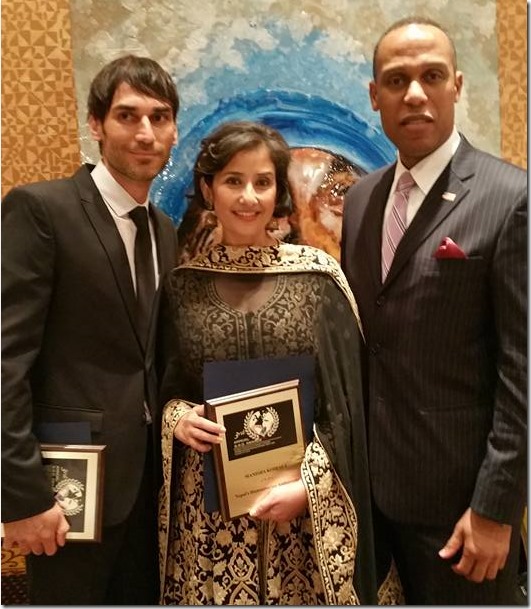 After April 25 earthquake in Nepal, UN had appointed Manisha the Humanitarian Ambassador to help the earthquake victims. Manisha had worked for mothers who gave birth to their children after earthquake.

In the event 24 social workers including Manisha were honored. The award is given to recognize and honor individuals who have made selfless sacrifices for others in the last year.

Visit the official page for further details of the event.