After 22 years of absence in Nepali movies, Manisha Koirala has recently started acting in a Nepali movie named Dharma. The movie originally named ‘Rajniti’ was renamed ‘Dharma’ to suit the character of Manisha.

Manisha had enjoyed the post of the top actress in Bollywood, the Indian movie capital, for some time in the past. But, these days new actresses have taken over and she doesn’t have much projects in hand. That was one of the reason she agreed to act in the Nepali movie. Nepali movie industry is not as advanced as Bollywood and the talent in the industry is not of that of the quality Manisha is used to.

It is told that Manisha wasn’t that much comfortable with the director of the movie. At times, she would interfere with the way the shooting was conducted and the way acting was done. At one instance, Manisha refused to act the way director wanted her to cry.  Manisha told, “I can’t cry the way you tell me to. Take the shot of the way I cry.”

With such a tussle with the director and the haste it was shot in, it is to be seen how well the movie will shape up. If the movie doesn’t do well, it will hurt Manisha more than anybody else. Hopefully, it will be of the quality Manisha’s hindi movies once used to be!

The movie is being directed by Dipendra K. Khanal and produced by Dr. Durga Pokharel.  Apart from Manisha Koirala the movie will feature Rajesh Hamal and Nikhil Upreti. 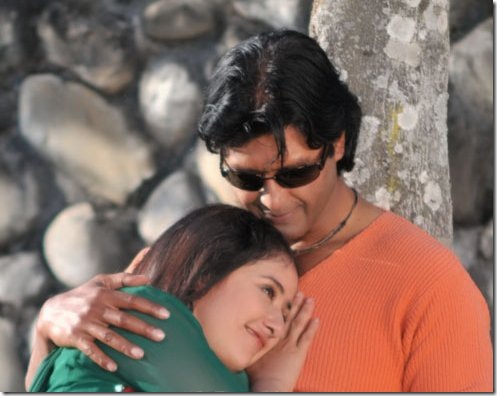 4 thoughts on “Manisha Koirala, "I can’t cry the way you tell me"”