The Censor Board has given a PG certificate to ‘Mission Paisa Reloaded’. A PG certificate allows children aged 16 and below to accompany adults to go to the theater. The Board had asked to remove some scenes and dialogues. 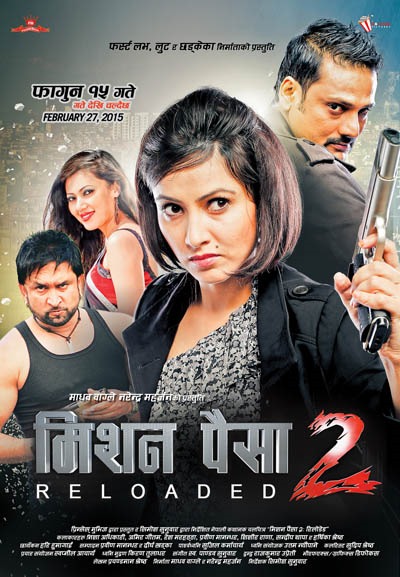 Hari Humagai is the cinematographer of the film, Rajkumar Upreti is the action director,and editing by Dirgha Khadka. The film has used the music of the late musician Pandav Sunuwar.

After failing to produce any hit movies in her entire career, actress Nisha Adhikari expects herself by action in the film. Although she has studied film making in the USA and is an outgoing and courageous to climb Mt. Eerest, Nisha hasn’t been that lucky with films. Let’s hope this movie will help Nisha to be relevant enough in the Nepali film industry.