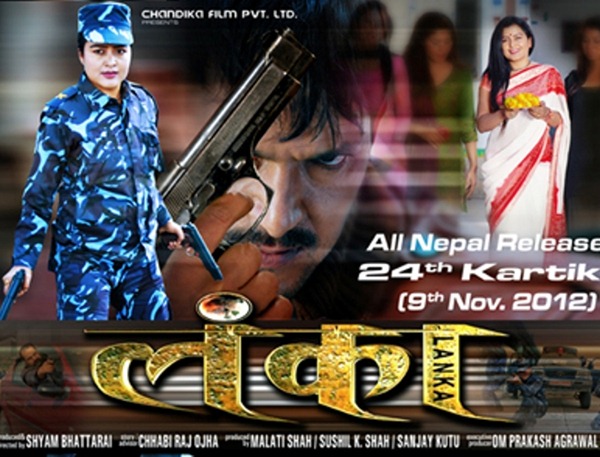 Lanka is made on regular masala story of the clash of good and evil. The movie features actress Rekha Thapa in the leading role as a police officer. Kishor Khatiwada (Satya), Rekha Thapa (Saraswati Pandey) and Nandu Sribastav (Babubhai) are the main characters of the movie directed by Shayam Bhattarai.

Story:
Babubhai is the president of Tarai Democratic Party and has long reaching influence in the country. On this basis he has created a so-called Lanka of illegal activities. The police in-charge of the area, Deepak Pandey (Dhruba Koirala) also receives monthly payments from Babubhai. A new police officer in the police station, Satya, decides to fight against the illegal activities of Babubhai. A journalist named Bhaskar (Binod Pandey) also helps Satya in his fight against Babubhai. But, the police in-charge and Babubhai’s brother Nandubhai conspire against Satya and he is killed by a bullet.

After the death of Satya, his wife Saraswati Pandey also joins police force and the real war agains the illegal Lanka starts. Please watch the movie to know how Saraswati fights Babubhai and to know if she became successful in destroying the Babubhai’s Lanka.

Item songs are the new trends of Bollywood and Nepali movies. ‘Lanka’ also features one. But, the song seems disconnected from the story line and doesn’t add value to the movie. The movie features good action. But, at the end it seems, the fight director Rajendra Khadgi has hurried to end the movie.

Although the movie is tolerable, it is not a good movie to spend two hours in theater.

Star Cast
Although Rekha is a good actress, she doesn’t look like a police officer in the movie. She has failed to act like a police officer. Kishor Khatiwada has done good acting and his action scenes are also good. Binod Pandey has also done justification to his journalist’s role. Nandu Shribastav’s acting is average. Acting of other actors are also average.

The director Shyam Bhattarai is a well known director of small screen and ‘Lanka’ is his fourth feature film. With the impressive background, we expected ‘Lanka’ to be much better than it is in real. The director hasn’t only made the story confusing at times, there is nothing originality in the movie. There is a lot of places for improvement and Bhattarai has failed in making it a great movie.

Conclusion:
Although the viewers who like action in movies might find the movie good enough, it might not appeal the film critics. Average dance, acting and jerky flow of story doesn’t create a good film viewing experience.

The movie is tolerable! 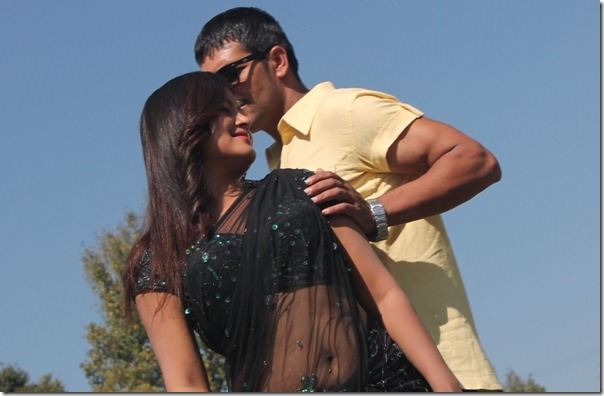