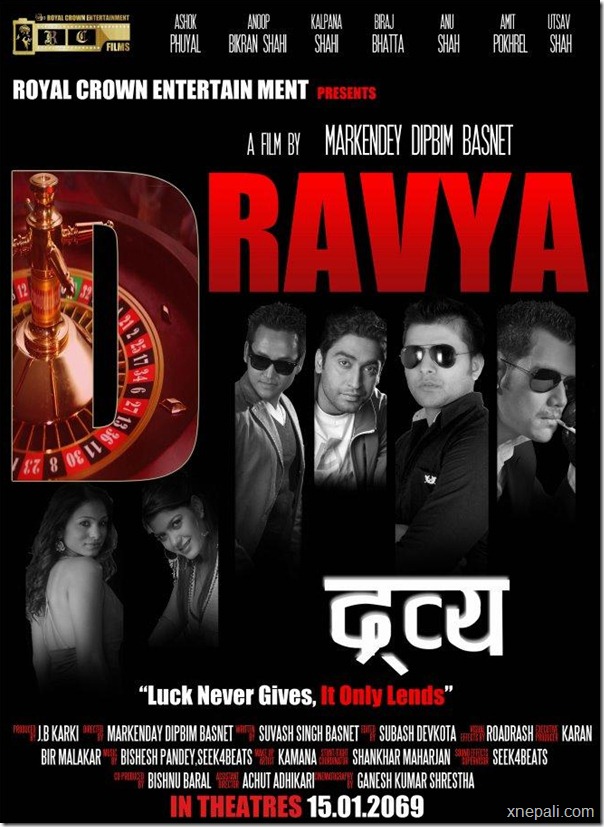 The movie features most loved action actor of Nepali and Bhojpuri movie industry Biraj Bhatt. Biraj is facing a hard time at the present situation because of the failure of his latest releases being unsuccessful. It is to be seen if this movie will help him in recovering his lost star power. Other actors and actress in the movie are new and struggling artists. The whole movie thus is carried on Biraj Bhatt’s shoulder.

This movie is also Markendey Dipbim Basnet’s directional debut. In his first movie he has tried to make an entertaining movie with action, thrills, music and other masala stuffs to cater needs of every types of viewers. Lets wait for the post review of the movie to know how if he is successful.

Movie and the media response

Dravya’s response in Nepali media is not that good. The promotional materials and the music of the movie also haven’t created the much needed media responses for the movie. If you need further information on the movie, there is a Facebook page that shares information from the movie makers and the public.