A social awareness comedy movie ‘Jyoti’ is made for the Government of Nepal in support of UNICEF Nepal. The child-friendly movie, features the camera of Gokul Adhikari, editing of Babin Bhatt, writing by Deepak Acharya who is also the chief assistant director.

The lead artists in the movie are comedy duo- Sitaram Kattel Dhurmus and Kunjana Ghimire Suntali. Dhurmus and Suntali got that name for the popular character they were featured in ‘Meri Bassai’. These days, the comedy serial has stopped in the TV. After earthquake of 2015, Dhurmus and Suntali had been working in building residences for the earthquake victims. After the completion of first phase, the second phase of the construction was also completed a while ago. They handed over 45 houses to the locals in October end. In addition to being the lead actors, Dhurmus and Suntali are also the directors of the film.

The child artist in the movie are Sangam Bista, Abiral Adhikari, and Bipana Sharma. 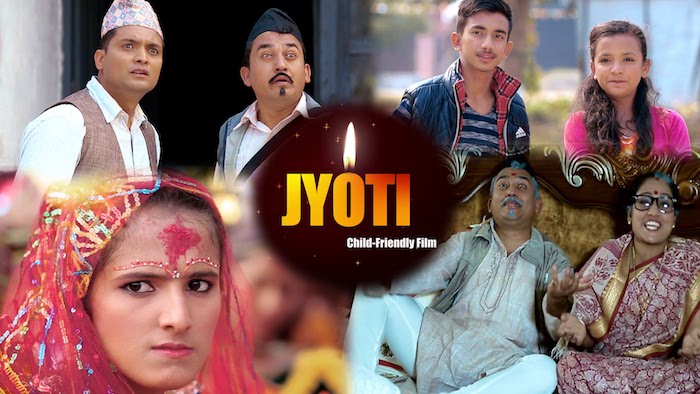