The 18-year-old girl from Gorkha, popularly known as TarkariWali after her photos went viral online, is being offered another movie. The producer of ‘Jung Bahadur Ko Coat’ has made an offer to Kusum Shrestha a day before the release of the movie in theatre. The producer, Yogendra Khadka has told that his upcoming project has a character of a down-to-the-earth village girl, suitable for Kusum.

A few days ago another producer/director had offered Kusum a role in his movie ‘Lamfu’. The movie ‘Lamfu’ was announced in 2013 but the production didn’t start in the last three years.

In the meanwhile, Kusum is busy talking with journalist. Although she is not that good in talking, she was featured in separate interviews in NTV and Kantipur Television. Talking to the Kantipur journalist, Suman Kharel, Kusum also sang a song. While watching the interview, Kharel did most of the talking and Kusum filled the blanks.

Watch the following video for the full report:

I had talked in more details about Kusum Shrestha in the following post:

Based on her interviews and news report, I wanted do a little analysis:

Can Kusum Shrestha be a successful actress?

Yes she can. But, only if she gets proper training.

I am not much optimistic about her strength to cope with the stress and the limelights of celebrity. Acting doesn’t come naturally and she doesn’t seem to have any experiences or interest until she became an overnight celebrity.

Archana is a fighter and she won’t give up easily. I don’t see that character in Kusum.

I don’t seen a long term vision in Kusum. She seem to be trying cash in the popularity as soon as possible. One of the biggest shortcoming in her is that she doesn’t have a mentor. In case of Archana, her mother was a good backup. Kusum doesn’t have that. She doesn’t know what her priorities are and there is nobody knowledgable to provide her the right direction.

By the way she talks, she is an introvert and can’t open up easily. She needs confidence boosting training and acting training even before she thinks of being an actress.

This is my personal thoughts. I wish I am wrong, and Kusum Shrestha becomes a superstar actress in future. 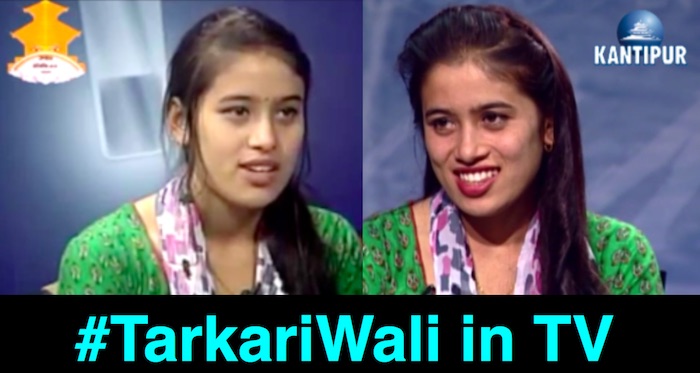