The movie produced by the director Hari Parajuli was released in 2017 with two other movies. (Read release news) It is sad none of these movies were successful in box office. The movie features Mukesh Dhakal, an actor well known in the past. Mukesh however was living in the USA at the time of the release of the movie. The actresses Jharana Risal and Sarika Ghimire are new entries in the Nepali film industry. In the mean time, none of the artists have made an impression in the film industry.

The movie name ‘Parinaam’ means a ‘result’ – usually in a negative sense. An example would be – When you do some thing bad, the Parinaam would also be bad.

Star cast in the film are – Mukesh Dhakal, Jharana Rishal, Sareka Ghimire, Kishan Sunuwar, Ashim Sherpa, Sanjaya Neupane, Chandan Goshwami etc.The editor of the film is an well known editor in the Nepali film industry Tara Thapa (Kimvhye). The editor is also the producer of the film. The songs in the film are written and composed by Krishna Basnet and Dinanath Devkota, vocal by Manisha Pokharel. The color by Shyam Kumar and post production of the film was done in Classic Cine Universe. Dinesh Prakash Mahara is the production designer wheile Prakash Hamal had worked as the production manager. Padma Niraula is the assistant producer. The songs are choreographed by two choreographers Kamal Rai and Priya Parajuli. The camera is handled by the cinematographer Shiva Dhakal, the film is produced and directed by Hari Parajuli.

Please comment whether you like it or not. That would be very useful to other viewers. Thank you. 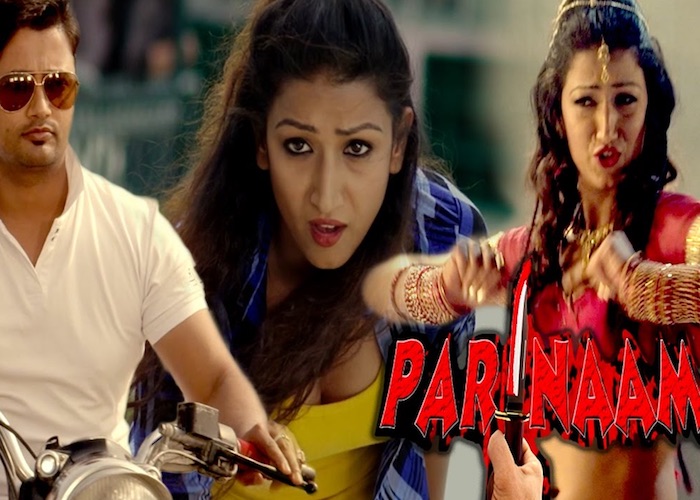