The comedy movie ‘Resha Filili’ became highly popular because of the success of ‘Pari Tyo Danda Ma …’ the song titled ‘Jalama’. The movie “based on a fake story” was released a day before the 2015 earthquake. As the theaters were closed after the earthquake, the movie was re-released in 2016. The movie features the music and lyrics of Kali Prasad Baskota, cinematography of Babu Shrestha. The editors of the movie are Sushil Neupane and Pranab Joshi. The movie is produced by Madhav Wagle.

The actor Vinay Shrestha had been one for the most talented actors in the Nepali movie industry. Actor Karma Shakya, Kameshowr Chaurasiya and Menuka Pradhan are considered high class actors in the film industry.

Vinay is known for his role in ‘Visa Girl’, The acting of Kameshowr Chaurasiya is considered the most seasoned one in the movie. 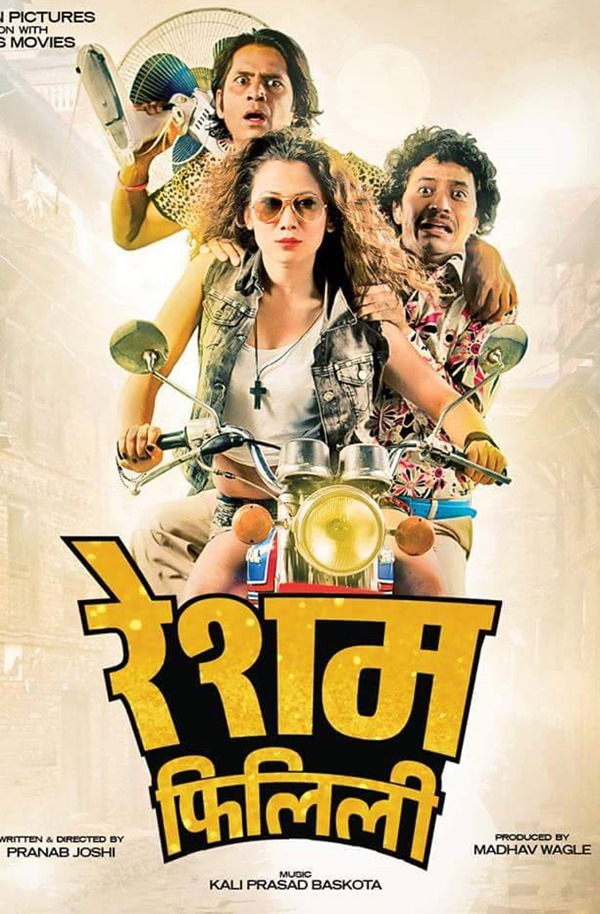