This movie is the first movie actress Namrata Shrestha was featured in a movie. She was in grade 1 when she did this movie. After that she waited for a while before debuting as an adult actress. Namrata is considered one of the most talented actress in the Nepali film industry. 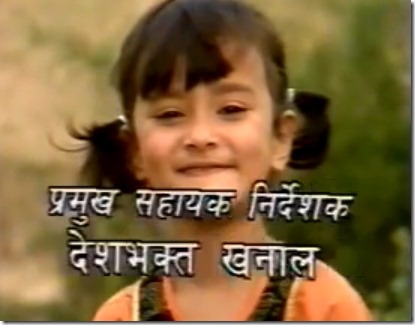 Namrata Shrestha in ‘Sangini’ when she was in grade 1.

The technicians in the film include: Music is composed by Uday Sotang, choreography by Kamal Rai, action by Rajendra Khadgi, cinematography by KP Shrestha, editing by Mandil Shrestha and produced by Uttam Basnet.

The actress Deepa Shree Niraula debuted in the movie. She couldn’t establish herself as an actress in big screen movies. But, she made it big after she teamed up with Deepak Raj Giri. Deepak and Deepa’s TV serial ‘Tito Satya’ was one of the most popular TV serials in their time.

After hundreds of serials and more than a decade of making serials, they started producing films in comedy theme. After three hit movies, Deepa Shree debuted as the director of the film ‘Chhakka Panja’. The movie and its sequel were hit films establishing Deepa as a successful director. In fact, Deepa is the only female director who has been successful in the Nepali film industry.

A video report about Namrata Shrestha’s first movie – as a child: 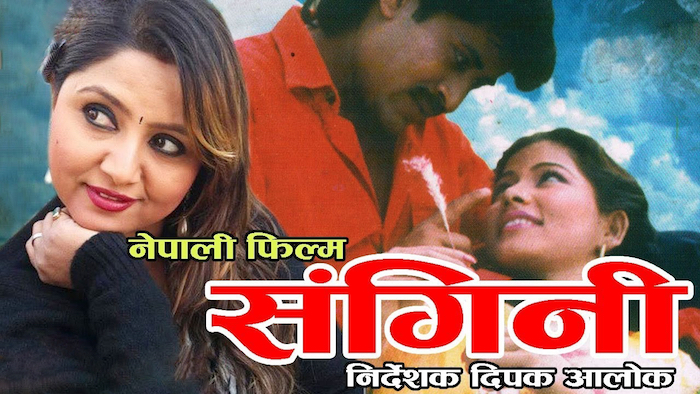