Nepali movie “Shuvakamana” is a presentation of Simanta Udas and is produced under Siddhakali Films banner. Late actor Shree Krishna is the leading actor featured opposite to Miss Nepal 1997, Jharana Bajracharya. The presentation of Simanta Udas the movie is made on the story of the director Ujjwal Ghimire. The screenplay and the dialogues are written by Suraj Subba, music by Sambhujit Baskota, lyrics jointly by Ujjawal Ghimire and Kiran Kharel, choreography by Santa Nepali and Kamal Rai. The fight directo ris Rajesndra Khadgi, cinematographer is Dirgha Gurung, editing by Tara Thapa and background score by Sanjay Shrestha.

The lead actor Shree Krishna Shrestha died in 2014 a month after marrying actress Sweta Khadka. Shree’s last movie ‘Kohinoor’ released a day before his death, broke records of earning in the Nepali movie industry. Actress Karishma Manandhar is featured opposite to Shree in the movie. Karishma is considered one of the evergreen actress in the Nepali movie industry. Karishma is currently busy in politics after she joined Naya Shakti Nepal party. She is also planning to start film direction and is planning to debut her daughter Kabita Manandhar in the film industry. Actress Jharana Bajracharya was also the Miss Nepal of 1997. Jharana however couldn’t succeed in winning the hearts of the film goers. She later left the film industry to marry one of the producers of her movie. Jharana is currently living in Malaysia with her husband Rahul Agarwal. She also gave birth to a son in 2016. 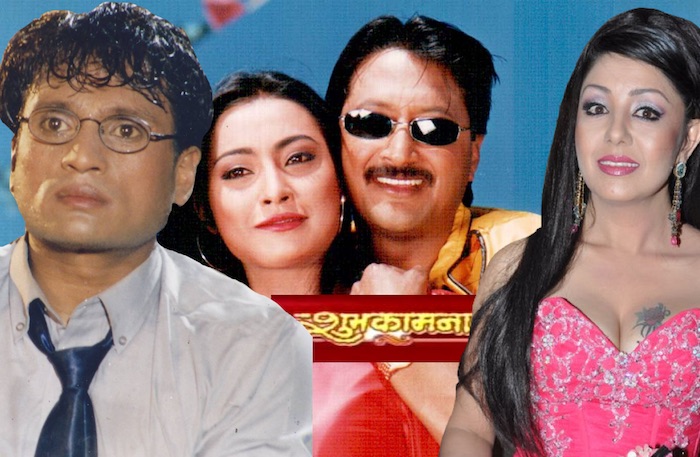