Although Aanchal Sharma and Paul Shah try not to express their love to each other verbally, the body language and the expression towards each other clearly show the love for each other. Aanchal’s love towards Paul was clearly evident in the birthday celebration of Paul Shah during the 1 million views celebration of ‘Shatrugate’ film’s song, ‘Rupai Mohani…’.

A video highlight of the birthday celebration:

The song accused of being stolen from an old song is liked by viewers. It features three main couples in the film – Aanchal and Paul, Deepak and Priyanka Karki and Hari Bamsha with Deepa Shree Niraula.

How old is Paul Shah?

Paul Shah didn’t reveal his real age during the birthday celebration. He told, “I am half the age of Deepak Raj Giri.”

Aanchal told, “I guess he is 23 or 24 years old.” Paul gave a thumbs-up to Aanchal and smiled. But, from the audience told 9-years would be the best guess because 2 plus 7 equals 9. When asked if that was right, Paul shook his head affirmably – confirming he has turned 27 this year.

Shatru Gate: The movie by MaHa features most of the comedy actors in the film industry. Paul, Aanchal and Priyanka Karki are the only actors who are not from comedy background in the film. The film is highly awaited movie because of the star cast and the film team. The director’s earlier movie ‘Jatra’ was a hit movie (watch ‘Jatra’ here). 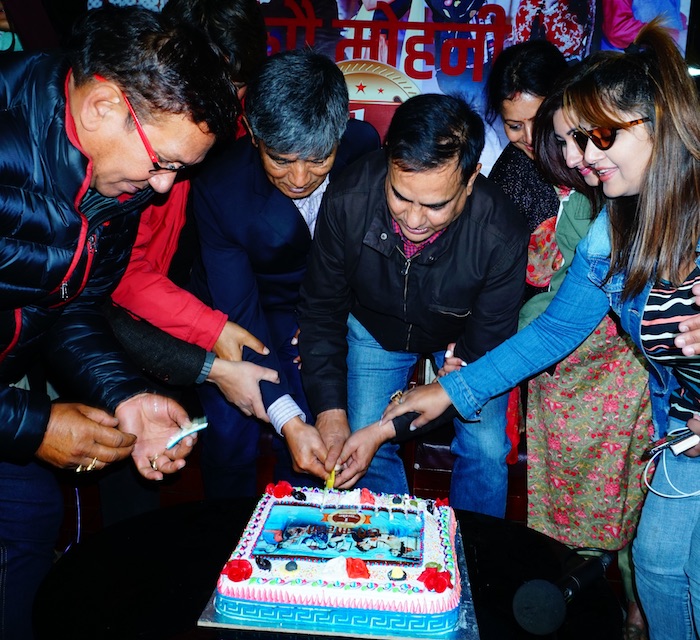 Paul and Aanchal debuted in the film industry together in one of the ‘Nai Nabhannu La’ sequels. Although Paul had been active as a model before, Aanchal was a new face in the industry. That was the reason she consider Paul and Bikash Acharya her guides in the film industry. 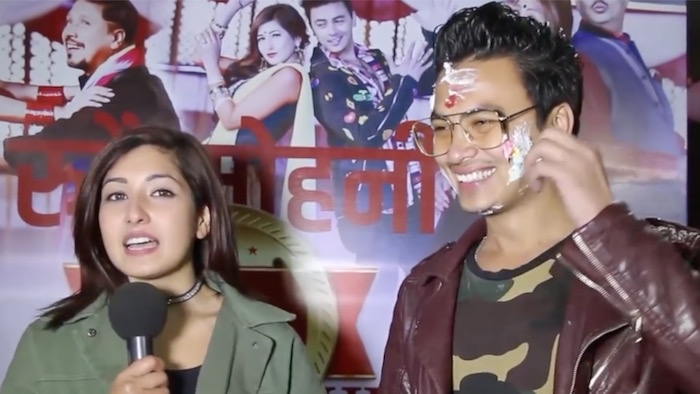