Do you still remember Prakash Ojha?

He used to be the funny sensation a few years back. His songs are still being heard and liked by many people. But, the person, Prakash Ojha, has nearly been forgotten for some time. In a latest news, it is told that he is coming back on TV with a comedy show. He is planning to start a weekly program in a recently launched TV, Tarai TV. 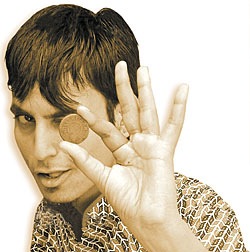 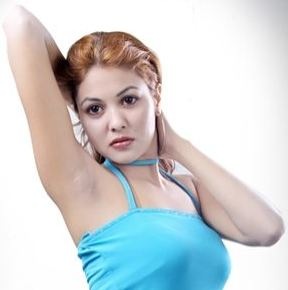 The sex scandal involving a model and actress, Jyoti Khadka, changed everything for him. He had to go to jail for a couple of years for the â€œcrimeâ€. Jyoti Khadka is struggling in the entertainment industry with a  new name â€˜Jenishaâ€™ or â€˜Jeshikaâ€™. Her first big screen movie, Jungalee Manche (movie link), didn’t make a big impact despite much publicity. (A scene from the movie is posted at the end of the post.)

Prakash Ojha was considered one of the rising star in comedy shows and comedy songs. The scandal ruined his career and now he is struggling to regain what he lost. Prakash is a talented artist and I hope his come back will be widely accepted by the Nepalese audience.

Here is one of his most popular songs:

A scene from the movie featuring Jyoti:

3 thoughts on “Prakash Ojha coming back on TV”