The movie is made on a story of a family of an army during the Maoist civil war. Made on truthful events, the movie features the action of Astha Maharjan, cinematography of Shiva Dhakal and Nabaraj Thapa, editing of Sajan Shrestha and made on the story of Sudarshan Shrestha. 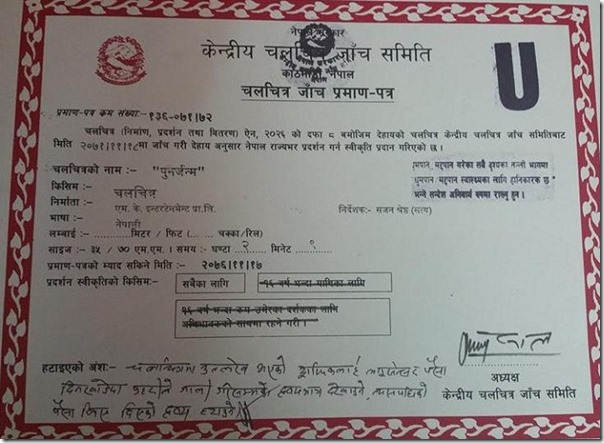 One thought on “Punarjanma got an U certificate, releasing this week”