END_OF_DOCUMENT_TOKEN_TO_BE_REPLACED

The Censor Board has decided to do a detailed review of the movie before letting it screen in theater. The Board chief Umakant Parajuli has told that the involvement of the Army and Indian government in the killing of Bhimdutta has to be researched and verified before the movies is allowed to release.

END_OF_DOCUMENT_TOKEN_TO_BE_REPLACED

Aamir Khan’s latest production, Delhi Belly, has been banned in Nepali theaters. Reportedly, the Censor Board of Nepal allowed the theater owners to screen the film after deleting and muting some scenes containing abusive scenes and offensive language. But, the theater owners were found screening the film without deleting the censored scenes. Therefore, the film has been banned and replaced with others movie, since Sunday. 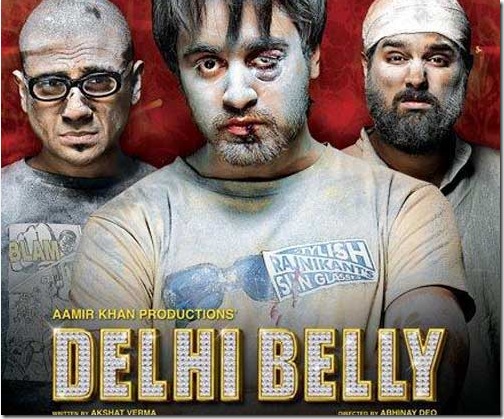 Chetan Sapkota, a Censor Board member, as quoted in Republica, stated, "We issued the certificate on condition that more than five dialogues would be removed. But, we found that the movie was screened without removing them". The punishment for offenders, as per the country’s censorship laws is that, the film’s distributors can either be fined a sum of NRs 10,000 or can be imprisoned for a year or can be penalized with both. However, the theater owners told that they had complied with the order. They told, they need some time, especially for the digital format changes, they had to send the reel back to India.