After 14 years of absence from Nepali movie industry, Saroj Khanal is going to appear in an upcoming movie ‘Manav’. The actor was one of the best actors of his time. After he went to the USA, he stopped appearing in movies. 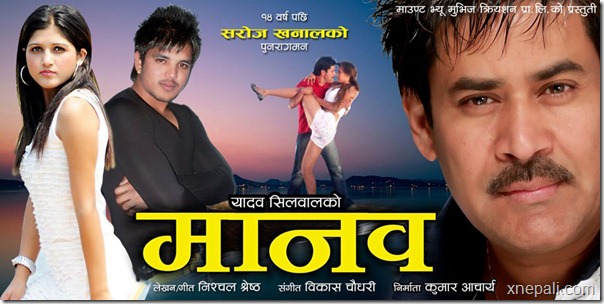 Last year, when he was in Nepal, Saroj Khanal acted in the movie and the movie is now ready to be released in the first month of 2013.

The movie produced by Kumar Acharya is directed by Yadav Silwal and features actress Deepsikha Shahi and Sa
roj Khanal in leading roles. The story of the movie was written by Nischal shrestha. Our best wishes to Saroj Khanal for his re-entry in Nepali movie industry and hope he will continue to be seen in more movies.